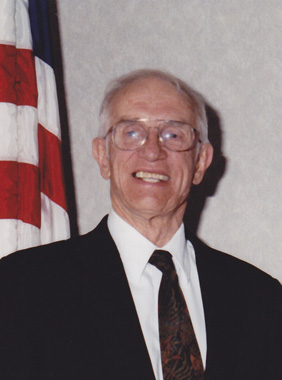 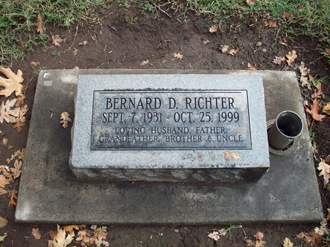 He is notable for having fought against affirmative action, and was one of the first sponsors of Proposition 209. Richter was originally a teacher at Chico High School. He was part owner of Ray's Liquor along with his brother Raymond and his wife Mary Rea Richter at West Second and Walnut Streets. They were pioneers in the Chico VHS video tape rental business. The first video rental stores in Chico to stock complete catalogs of movies. With over thousands of movies to rent instead of only stocking the top renting 300. He reentered the public spotlight with his "Crazy Bernie" TV spots promoting Ray's Liquor.

Bernie was proud that he earn being called a Maverick Conservative in the Assembly. He "said what needed to be said to make the case" leaving no doubt just where he stood one each issue. Assemblyman Richter's fiery rhetoric in the Legislature often so irritated the liberal Legislators that Joe Baca Speaker pro Tempore of the Assembly would shout, "cut off his microphone" to keep Bernie from finishing his speech on the Cal Channel. By the time the gavel pounded adjournment of the session Bernie and I would be in the car leaving the Capital Basement. His work there done for the day, we were headed up to Chester to go snowmobiling.

As the GOP's premier practitioner of razor-sharp oratory during his 1992-98 tenure in the Assembly, Richter relished speaking on: taxes, abortion, welfare, special rights based on "homosexuality" and, most of all, affirmative action based on immutable characteristics.

Assemblyman Bernie Richter's investigative hearings on race and gender preferences was unlike any others except for the hearings on the manufactured CA "energy crises". All witnesses were sworn in to tell the truth—a formality rarely employed in legislative hearings. The press excoriated him for holding "McCarty-like hearings." Bernie simply said that he had required sworn testimony from these witnesses because if under no legal obligation to tell the truth, "these people will lie to you". 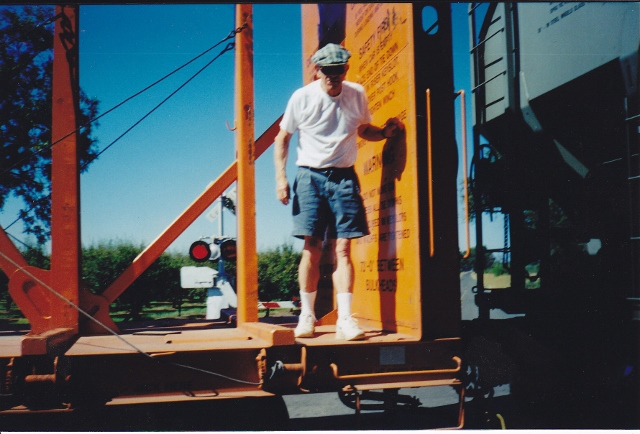 He left our world a better place. *JG

The 5-mile segment of Route 99 south of its intersection with Route 70 in the County of Sutter is named the "Bernie Richter Memorial Highway". In January 1998 Bernie Richter witnessed a vehicle lose control, crash into a bridge abutment just south of the intersection of Route 99 and Route 70 in the County of Sutter, and burst into flames. At this point Assemblymember Richter raced to the vehicle with his own fire extinguisher, and with the assistance of another good Samaritan, rescued the driver by pulling him out of the vehicle." - Source: cahighways.org

At the right is a picture of the real man, that never made the newspapers. He whole hearted loved life making the best of every moment. We were stopped at a train crossing out by Willson's landing. The train was stopped, so Bernie got out to explore (play on) the different train cars. Where other men would have curse the delay, Bernie saw it as an opportunity to enrich his life experience. He liked trains ;-}