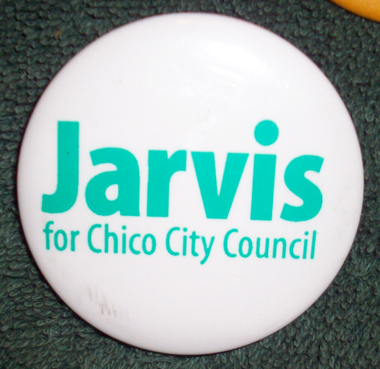 Coleen Jarvis (d. 2004) was a progressive member of the Chico City Council from 1996 until 2004. She was a strong advocate for women, children, and the less fortunate. She was an attorney, activist, public defender, and CSU Chico alumna and instructor.

She served as coordinator for Chico's rape crisis center and worked at Legal Services of Northern California, giving legal aid to those in need.

Jarvis was an advocate for homeless issues, and one of her legacies is the Torres Community Homeless Shelter, the first step in her quest to find a solution for homelessness.

Senator Barbara Boxer entered into the congressional record a speech in honor of Coleen on September 28, 2004.