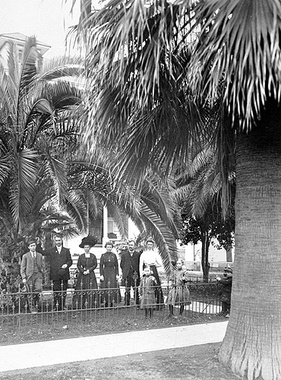 Leeper family in front of the Eames House in 1910 (MLSC)

The Eames House (today known as the Theta Chi House) at 630 West Fifth Street is a house in the South Campus Neighborhood which was listed in the National Register of Historic Places as contributing to the South Campus Historic District in 1991. It is located near the corners of Fifth and Ivy Streets. It is the previous home of A.G. Eames, who built the house in 1895.

The house is the current headquarters of the Eta Omega Chapter of Theta Chi International Fraternity. Fraternity members have occupied the house since 1983. 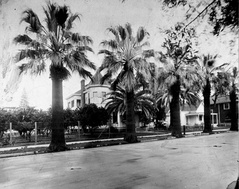