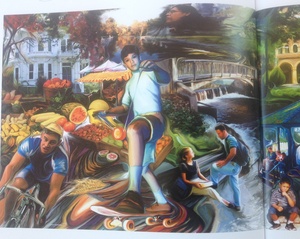 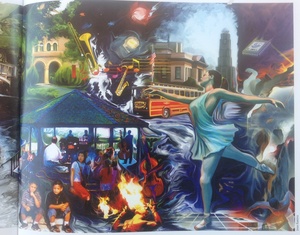 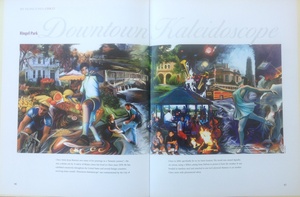 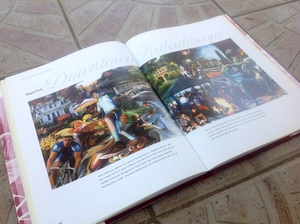 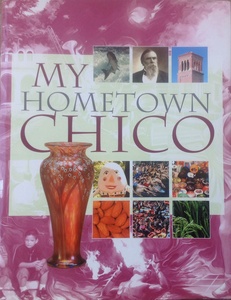 Eugene A. Ringel Park was dedicated to a former mayor by the same name. Eugene Ringel was also president of the Downtown Chico Business Association and a member of the Bidwell Park and Playground Commission.

The park is a triangular island sandwiched between West First Steet, Main Steet, and Shasta Way (which becomes The Esplanade). It has a small building with two bathrooms. At the rear of the bathrooms is a delightfully colorful mural known as the "Downtown Kaleidoscope". It was painted by local artist Jesus Ramirez. Just a short distance away, facing the First and Broadway corner, is a plaque dedicating the park to the former Mayor. Most of the park is surrounded by black rod-iron fencing to protect its recently re-landscaped areas. The park had formerly served as the Butte Regional Transit station prior to the amalgamation of CATS with BRT. As such, the park was pedestrian accessible as it no longer is. It is a rather colorful place to behold during the spring and summer months when flowers are blooming.

Historically, the land was previously a Shell gas station.