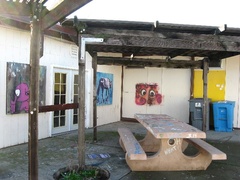 Portables Courtyard at Fine Arts "Fine Arts","39.64917","-121.646376" at Butte College is currently housed in the new two-story Fine Arts building. It began construction in 2008 and was finished August 2009. The new art building was constructed under LEED (Leadership in Energy and Environmental Design) standards. Originally the art department was based in the portables pictures that are just east of the new building. Those may eventually be removed. Interestingly, it has been said that those portables sit atop a natural spring and so building the new building there was out of the question. 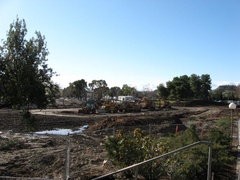