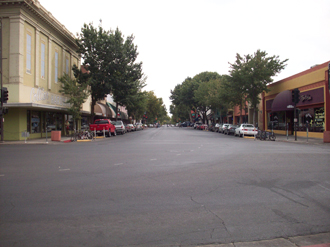 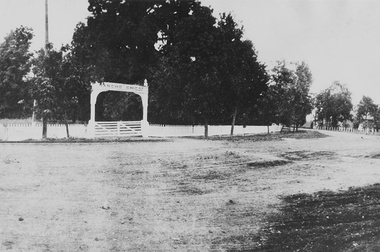 First and Broadway is the intersection of First Street and Broadway in downtown. It is currently home to Tres Hombres in the Bidwell Building on its southwest corner, Collier Hardware on its southeast corner, Children's Park and Bidwell Presbyterian Church on its north side, and Eugene A. Ringel Park immediately adjacent with the "Downtown Kaleidoscope " Mural by Jesus Ramirez on the North wall of the public bathrooms. The southbound lane of Esplanade changes names at the bridge to Shasta Way as it flows into this intersection.