Geocaching is an outdoor activity in which participants find objects hidden by other participants. Participants use a GPS receiver to locate the caches. Often there will be trinkets within the cache, and those who find it are encouraged to leave something behind and take a souvenir. Other times there is a paper and pen for the finder to log their name and the date when they found it (and perhaps a message). Some caches are large and easier to find (think ammo box) others are very small and difficult to find (think Altoids tin), and everything in between. That said, it can be very challenging in an urban setting especially since geocaches are prone to muggling or destruction by those not aware of or appreciative of the activity.

GPS units have varied accuracy and precision thus you'll often have to put the GPS unit away and start diligently searching the general area. Of course this kind of activity may raise some eyebrows but finding the supposed cache could be quite rewarding. For example, one cache in Chico was known to have Cal Java gift certificates on occasion. Just be sure to replace anything you find!

There are caches in Bidwell Park and they generally are meant to point out a location that someone has found interesting. A log and cache may be present. Geocaching in a non-urban setting can also be quite challenging but at least there are less people wondering why you're going in circles following the GPS compass. Just be careful to stay on trails as much as possible to lower the impact on the park! Also, it may be useful to mark your starting point on the unit.

An extensive collection of caches worldwide is listed at Geocaching.com. A search for geocaches in and near Chico yields more than 1000 within 25 miles of town, with more being added all the time. Be sure to read about the cache at that site, and if you need it, take a hint. If you'd prefer a non-profit resource for local geocaches, go ahead and write some locations and hints here.

See Geocaches for caches around Chico

Note that not all geocaches have caches or logs and some could have been muggled! The city of Chico has a large number of geocaches, especially in the Northern Part of town and then all along the outskirts and the country roads. Though both Lower Bidwell and Upper Bidwell have a lot of caches, there is a large preponderance of caches on city streets, 99% of which (in town) require no hiking or bushwaking to get to. These are often much more difficult to find and tend to be either very small, or crafted in a way that they are virtually invisible (ie hidden in plain sight) to those not looking for them.

The City of Chico also has a tremendous amount of resources to help new and experienced cachers both. The N.U.T.S. community (Northstate Unusual Treasure Seekers) has a Yahoo group with over 200 members from all of Northern California and we have recently launched a Chico Cachers forum, that we hope will be used much more once some people get around to signing up and posting. You can find both groups here: N.U.T.S.: http://groups.yahoo.com/group/nuts_/ Chico Cachers Forum: http://chicocachers.freeforums.org/

See Geocaches for caches around Chico 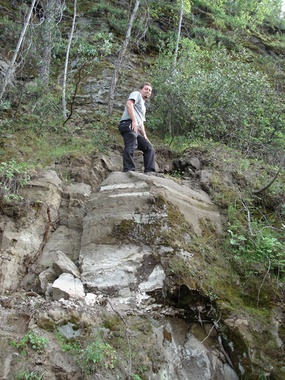