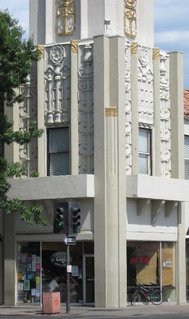 The Downtown Has Beans

Has Beans has been serving the Chico coffee and tea connoisseur since late 1999 with the establishment of its first location on Main Street. Has Beans was originally borne 1976 in San Francisco where it flourished for 18 years until the owners left for cozy Mt. Shasta1. Ever since they've been one of Northern California's favorite coffee and tea shop with their freshly roasted coffees, varieties of loose leaf tea, and various pastries such as the Mediterranean delight, Baklava. They also sell many kinds of Swedish candies.

Has Beans roasts coffee beans daily at Mount Shasta, California, and offer several self-serve varieties. These beans can be bought at their various locations.

The Main Street establishment itself is cozy with soft lighting illuminating varying works of art. All sorts of games including chess and Connect-Four are available. For the news hounds, the San Francisco Chronicle and Enterprise Record arrives daily. People watchers aren't left out either, for there is limited bar-style seating along a window nearest the entrance. This location has an antique Monitor Gas Coffee Roaster on display. Additionally, they are one of the few houses that have computer terminals where time can be bought with cash. Whether or not the computers work is another question. If you're without a cellphone, then have at it with their pay phone.

In one editor's opinion, the rugs are worn out and filthy, and the bathroom need a thorough cleaning and a new paint job. There's a general air of disrepair and dirt.

2008-10-16 19:59:41   Can someone kindly update all of the daily events held at Has Beans (I've become busier than I'd like!!)? As comment above suggests, the schedule has likely changed since I first wrote this page. Thanks! —RyanMikulovsky