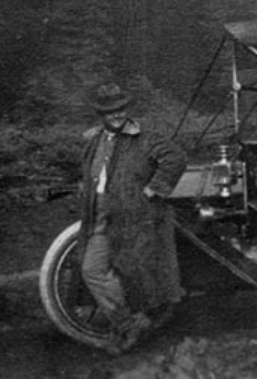 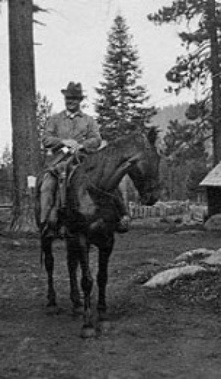 James Franklin Morehead (b. February 13, 1870, Parrott Grant) was a successful financier in Chico in the late 19th century. He was the president of the People’s Savings and Commercial Bank, and also as director of the First National Bank of Chico.

He was the son of James J. Morehead and Ardenia A. Boydstun, who came to Chico from West Virginia in 1852. He attended local public schools in Chico, and also was graduated from the Hopkins Academy in Oakland in 1889. He graduated Heald’s Business College in San Francisco in 1891, after which time he returned to Chico to help his mother on the Morehead Ranch. He was assistant manager with the Chico Canning Company, however, within three years he sold out his share to the Fruit Canners’ Association and went back to farming.

He organized the First National Bank of Chico, being a stockholder, one of its first members of the board of directors, and bank director. In 1914, he was one of the organizers of People’s Savings and Commercial Bank, and was its first president. He was also one of the organizers of the Butte Investment Company, as a director and its treasurer. He also built the Morehead Building, the Hotel Diamond, the Broadway Theater and the Park Garage.

Morehead married Margaret Cabaniss in Oakland, and had a son, James Cabaniss Morehead. They resided at their home on First Avenue, in Chico Vecino. He was a prominent Republican, and a member of the Chico Lodge, No. 423, B. P. O. Elks and Chico Parlor, No. 21, N. S. G. W, of which he was president.