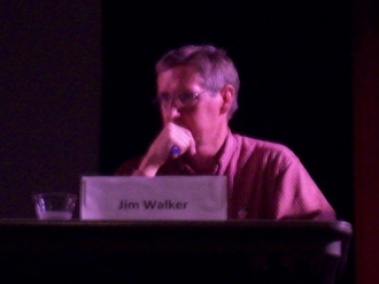 Jim Walker at a Candidates Forum at the BMU

Mr. Walker moved to Chico as a child in 1975. He was trained as a paramedic at Butte Community College and earned a Bacherlor's degree from Chico State in 1985. Jim Walker then became a registered nurse in 1990, earned a masters in Public Administration from Chico State in 1995, and graduated from UC Davis' Family Nurse Practitioner Program two years later.

He has worked as a paramedic at Enloe Hospital and Chico Community Hospital. In addition to that, in 1985, Jim Walker served on the first Enloe "Flight Care" team. Furthermore he worked in "emergency medicine, family medicine, neurosurgery and gastroenterology."

Jim Walker has been married to Patty since 1984 and has a son that graduated from Chico High School. 1