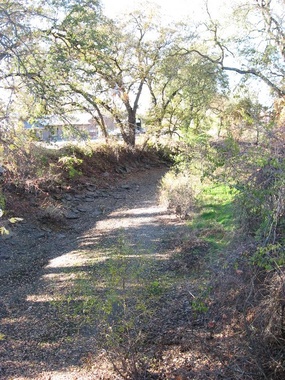 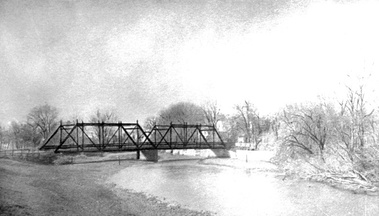 Lindo Channel is a flood channel that flows seasonally through Chico. It is diverted at a dam from Big Chico Creek at Five Mile and only flows during the winter when water levels are high enough. It is known locally by the name Sandy Gulch although Lindo Channel is in fact its official name. In the somewhat recent past, the channel was widened in order to prevent flooding during especially rainy times, which was once a common occurrence.

There is a bike trail that crosses the creek, and runs alongside it near Manzanita Avenue in the Lindo Channel Greenway. It is only accessible in the summertime, as it crosses the creek bed and gets flooded when any water at all is flowing. For years this meant a huge detour to cross Lindo Channel at Manzanita because there was no bridge nearby. In 1998 a bicycle and pedestrian bridge was built connecting Downing Avenue to Ceres Avenue, which made access across the creek much easier for bikes and pedestrians.