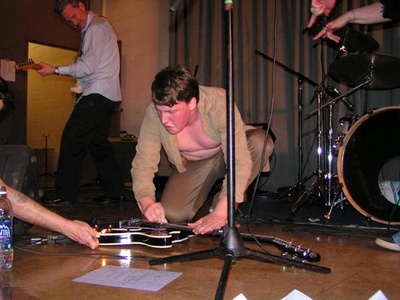 Loki St. Lynn is a local teenage guitar player who debuted with a splash at the February, 2008 memorial tribute show for Chico music icon Matt Hogan. At that show, Loki performed with several long-time local musicians, including Charles Mohnike, Marcel Daguerre, Eric Wrayman, Phillip Heitheker, Mark Pacheco, and Heavymetal Mandi. Loki's performance of AC/DC's It's a Long Way to the Top (a staple of 20+ years in Hogan's repertoire) with The Incredible Diamonds and vocalist Heavymetal Mandi gained him notoriety that has earned him a place performing with local recording artists Barbara Manning and Dan Cohen.

St. Lynn plays an American roots based style of guitar with heavy emphasis on classic blues and country riffs. Also a veteran actor, he has been performing with most of the area's theatre companies since the age of eight, and is heavily involved in Shakespeare on the Plaza.