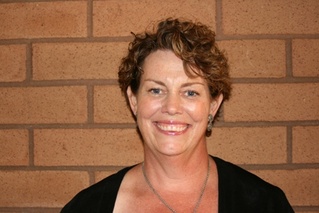 Mary Flynn was a member of the Chico City Council. She was elected to the Council in 2006. She was an algebra teacher at Chico High School and has been involved in the community for many years. She is the director of the Chico High Academic Mentor Program (CHAMP). Mary Flynn began her education at Chico State in 1976 and graduated in 1980.

On Friday, July 18, Mary Flynn was arrested of suspected driving under the influence at the Great Harvest Bread store at the corner of Highway 32 and Forest Avenue. Mary Flynn was later released. She had been trying to park and although it was reported she had slightly damaged the building, this was untrue as substantiated by the owner of the building. Alcohol was not an issue at this arrest, though prescription drugs were suspected. Blood tests were ordered and have yet to be analyzed and charges have not been yet filed. It is a matter of public record that the public servant had an alcohol-related DUI in 1990 and has achieved more than 30 years of sobriety from alcohol  she sought treatment for drug dependency after a series of hip surgeries to repair tears to both the left and right gluteus medias muscle . She ultimately was successful in battling her addiction and regularly attends 12 step meetings. See Chico ER article and Chico News & Review article (note: articles from Chico ER may vanish into their pay-per-view abyss within a few weeks)

Mary Flynn's primary platform was to help preserve Chico's parks and ensure growth is not detrimental to Chico through "sustainable economic development." She also expressed a desire to focus on improving Chico's neighborhoods.