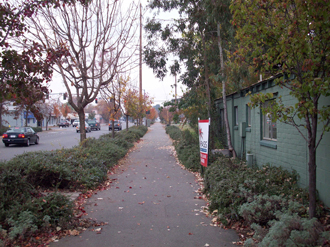 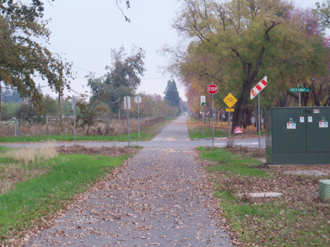 The Midway Bike Path is a bike path which extends from Twentieth and Park south along the Midway. It replaced the Sacramento Northern Railway. The path ends a couple miles outside of Chico, but connects with Jones Avenue. Jones has very few cars, and can be followed another mile and a half or so into downtown Durham.

The bike path is the basis for the Durham Loop and several other Bicycle Rides in Chico.