The missile silos (its formal designation was Beale 851-C and was also known as Complex 1C‎) were part of an Air Force installation located north of the Chico Municipal Airport in between Keefer Road and Cohasset Road. The silos were built to house Titan I missiles during the early 1960s and were dismantled and abandoned in 1965.

During its operational period, citizens of Chico protested the silos in various forms. A Chico resident named Wilhelmina Taggart, began to make weekly visits to the site to pray for peace. She was soon joined by Florence McLane, and Helen Kinnee. After the silos were closed, they began holding their peace vigil at Third and Main. These protests were the roots of the Chico Peace Endeavor.1 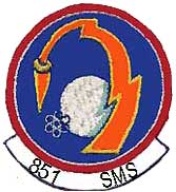 Construction on the complexes began on January 22, 1960. More than 600,000 cubic yards of earth and rock had to be excavated and reused as backfill. By the time the whole project was completed, each of the three complexes had received 32,000 cubic yards of concrete, 90 miles of cables, 300 tons of piping, and 1,800 separate supply items.

The sites were made active on April 20, 1962. One month later, on May 24, two explosions destroyed the missile in the No. 1 silo. An oxygen valve had stuck open and a blocked vent caused the gas to build up until a spark ignited it. However, the potentially catastrophic event was overshadowed in the national news by the launch of Scott Carpenter into space.

On June 6, trouble again struck as a flash fire in another silo killed a worker.

The silo was later repaired for an amount of at least $1,250,000. After damages were repaired, the Chico complex became operational on March 9, 1963.

The Defense Department phased out the Titan missile program in 1964 and on March 25, 1965 the program was officially ended. On Jan. 4, 1965, the first Titan at Chico was taken off alert.

In later years, many trespassers would make explorations of the abandoned silos, however the site is now privately-owned and fenced off from the general public.

2009-01-29 18:35:02   Explosion yes. Titan no. The explosion was, as stated, caused by liquid fuel. However, fuel was stored seperately from the silo and only loaded in the event of a launch. Luckly, we never had to worry about a launch because the accidents delayed installation of the missiles long enough for the Titan to be deemed obsolete. A drunk H.S. student, after falling into a flooded silo, which have smooth cement walls, drown. He was unable to tread water while his friends drove back to town looking for rope. This is the only other fatality at the site that I am aware of. Drinking has claimed more souls in Chico than the combined branches of our military. —24.7.174.32

2009-03-20 23:17:40   The missile did in fact burn inside the silo and was completely destroyed, this event occurred during testing by contractors before full transfer to the Air Force.The missile did not have the war head at the time. It may seem hard to believe but the remains of the missile were buried on site in the excavation spoils pile in the north west corner of the property. The Chico Titan site did in fact go operational on all three silos for a short period of time. —208.106.53.220

Can Just anyone come to this site and edit comments? I guess so Seems like something someone would want to change —76.20.13.13 *Why would someone want to change that? It's a wiki, it's open to everyone, and people are encouraged to contribute. *You are a little unclear on the concept. If the wiki wasn't openly editable, there wouldn't be any content at all. The wiki is built by people like you and me. Please do take some ownership yourself and add some content. Be well,

2010-08-18 14:41:48   I visited this site aprox 18 years ago. I went with a group of friends who had known of it all their lives. We walked through a field and climbed into a risky looking entrance. It was amazing inside. Huge ans dangerous, old and filled with many wonders. I love flashing back on wondering through this historical place, I wish I could view it again now that I know more history on it. I know we weren't supposed to be there but I was super glad I went :o) —66.122.182.223

2010-08-18 14:43:01   I visited this site aprox 18 years ago. I went with a group of friends who had known of it all their lives. We walked through a field and climbed into a risky looking entrance. It was amazing inside. Huge ans dangerous, old and filled with many wonders. I love flashing back on wondering through this historical place, I wish I could view it again now that I know more history on it. I know we weren't supposed to be there but I was super glad I went :o) Candy Cogliano

"2011-8-26 21:18" I was born and raised in Chico. My dad told me of the day he felt the ground move then the explosion and fire happened. I know it was not the rocket that exploded but the explosion was still felt all the way downtown.The RR tracks that are paved now that run all the way to the airport were used to move equipment to the silos as well as the mill. We visited the silos in High School many times. We would park down on the road toward Richardson Springs and run across the field and up the hill and climb the fence. Every time we went it felt like the scariest time ever. LOVED IT!

2011-11-02 21:44:56   My first husband was hired to dismantle the Silos around 1973-5 and he worked out there daily for nearly 2 years. There were only just a few workers there and he was alone in that huge spooky place alot with maybe one other guy. The salvage operation went on for several years after he left the job so I think it is probably just a huge hole in the ground now. I used to bring him lunch and went underground to check it out with him many times-unfortunately it was already stripped down to mostly big scrap metal even then. I am very familiar with the huge underground structure and often wished I could have seen pictures of it when it was operational, it must have been astonishing-the silos were enormous. I was told it was intended to be like a huge underground city and serve as a (bomb)shelter also, I remember there were living & sleeping areas. The US Military must have spent millions on that place and it was only in service a few months before they closed it down and it later went to salvage. I love reading all of your stories about the place-it lit up a part of my brain that I haven't thought about in many years! —24.130.91.159

2012-07-15 09:20:07   I grew up in Chico and explored the site above and below ground on several occasions...many open pits on the surface where areas had been dug up, but a large elevator shaft gave access... at the bottom was an old forklift...and an elevator that started and went below that level, but was flooded by the water table(?)...I remember a large "Command Center"(?) a 2 story dome with large computer cabinets...Tunnels with large blast doors leading to a silo....a long "exhaust vent tunnel"(?)....have not been there since I was chased off the property in the late 80s