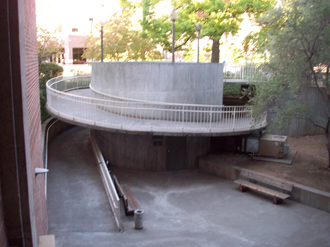 The Roth Planetarium is a planetarium at CSU Chico. The planetarium is operated as a program of the Department of Physics and the College of Natural Sciences. The Planetarium was founded in 1975 with a gift from James and Betty Jane Roth. Its continued operation up to and beyond the next arrival of Halley's Comet (in 2061) was assured by another gift from the Roth family of $340,000 in 1996.

The Roth Planetarium has a Spitz 373 projector with a bright xenon bulb which projects 1,000 stellar images onto the 14 ft 8 in (5 meter) dome. The bulb shines though a starsphere which has 1,000 holes drilled in it in the patterns of the constellations that we see in the sky. Brighter stars have larger holes in the starsphere.

It is used primarily for the instruction of astronomy students at the University, however there are a limited number of presentations for elementary school students as well. It accommodates 24 students at a time, however if some kids sit on the floor it can seat up to 30. Roth Planetarium programs are presented by student interns from CSU, Chico who have completed a course of study in astronomy. 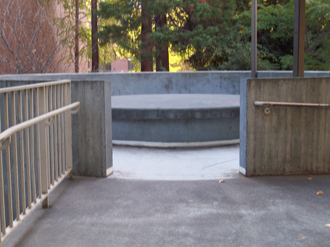 The top of the planetarium acts as an echo chamber.