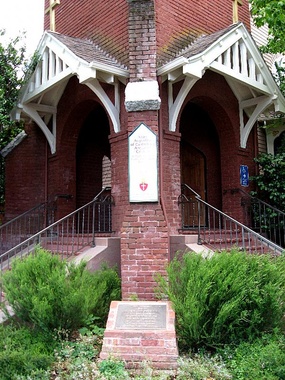 St. Augustine of Canterbury Anglican Church at its present site. 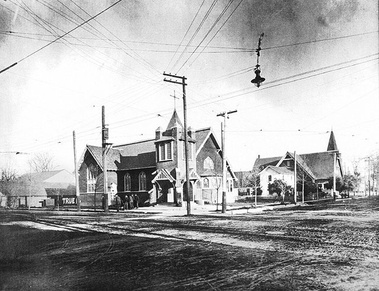 St. Augustine of Canterbury Anglican Church when it was at Fifth and Broadway (MLSC) 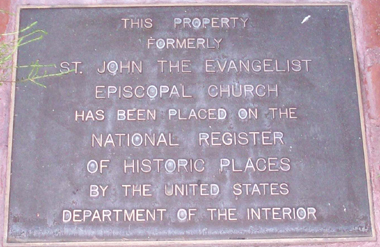 The St. Augustine of Canterbury Anglican Church (in the church building formerly St. John the Evangelist Episcopal Church) is a church at the northwest corner of Third and Salem. The building was formerly located at the southeast corner of Fifth and Broadway where the Midtown Post Office is now located. In 1912 the building was moved to its present location. The building was listed on the National Register of Historic Places.

In 1982 the land was deconsecrated and sold to Bill and Amy Pang. The building became the home to the Dynasty Chinese restaurant and the Shell Cove dance club. In 1994, St. Augustine's bought the property out of foreclosure and reconstructed the church, so that in 1995 the land was reconsecrated and turned back into a church.

[History of a Centennial Monument]