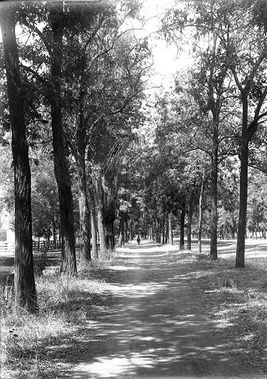 The Esplanade (a shibboleth pronounced locally ES-plə-NĀD) is the main north-south thoroughfare in Chico. It is part of Business 99 and begins in the north at Highway 99 outside of the city limits, north of Eaton Road. It runs through much of north and central Chico before splitting into Main and Broadway downtown. It was formerly called the Shasta Way, and the curved part leading up to the downtown still is. The Esplanade has been hailed by some as a model for the ideal road and city planners from elsewhere have attempted to recreate it.

There are generally four distinct segments of the Esplanade: The southerly segment is a professional/commercial and residential area extending from downtown to the Lindo Channel. The central segment is a developed commercial district with several hotels and restaurants in between Lindo Channel and East Avenue. The segment immediately north of East Avenue is a less developed commercial area. The segment north of Eaton Road to where it meets Highway 99 retains much of its rural character. 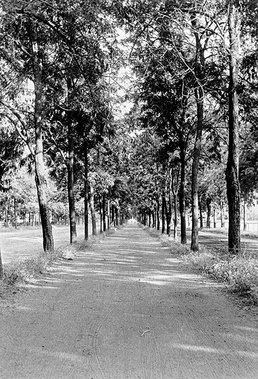 Esplanade bike path 1890 (MLSC) There are four main traffic lanes, two in each direction; and two frontage roads, one in each direction for the length of the Esplanade extending from the bridge at Big Chico Creek to Eleventh Avenue. The center median strip is lined with mature ginko biloba and other trees.

The frontage roads are used by buses and those who are seeking a destination on that block. They are not designed to be driven on by through traffic. These lanes are not subject to the traffic lights of the main portion of the Esplanade, but have stop signs that drivers must observe. Most of these frontage roads are one way.

The lights on the Esplanade are located at odd numbered avenues, and are timed at 27 miles per hour between 9th Avenue and downtown. This means that if you can keep your car at this steady rate, you can avoid using your brakes the entire way. In the somewhat distant past, there were signs posted informing drivers of this fact, but these were taken down to avoid people inaccurately anticipating the lights and accidentally running a red. Although the signs came down, the timing remained.

There are no left turns onto any odd numbered avenue from Esplanade, in either direction, with the exception of Eleventh Avenue. This is so as to help alleviate congestion because the odd streets are generally busier than the even on account of the fact that those are the streets with few stop signs within the neighborhood. 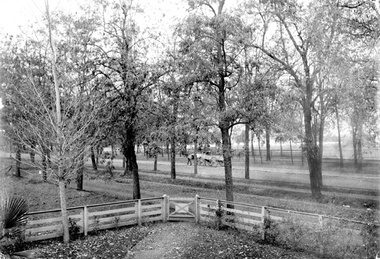 In the past, trains used to run along the Esplanade. They went very slowly through town, and stories exist about kids playing around on the slow-moving trains. The bike path near the Chico Nut Company and the bridge that passes over Lindo Channel were once home to train tracks. Although the trains have long not run here, the old tracks were still there within the last 20 years or so before they were removed to make a proper bike path.

2008-09-15 23:25:09   The train was also known to stop at Big Al's drivein every night on their way through town also. If they had alot of cars they would know how many fit between blocks and they would unhook right at the no. of cars to be between blocks because they could'nt block those roads off.Lots of kids would always get to go out and check out the train. Badass I was one of those kids....Yeah Or how about the days we could ride our motorcycles from muir ave. to the diamond match plant down the tracks no problem then. —66.122.182.185