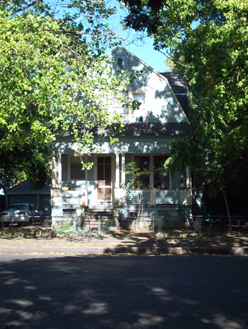 2009-01-02 14:21:08   Theodore Schwein was one of 4 children of Chico pioneers Matt and Anna Schwein and was married to Ruth Jane Schwein (Camper) and they had two children. Theodore Schwein Jr. "Ted" was a school teacher in Portola, Live Oak, and Richmond before retiring to Lake Almanor. He was a woodworker and spent much of his time skiing at Mount Lassen and taking scout troops into Humbug Valley. He was a fine fisherman too! Theodore and Jane's other child, Oliver only survived 1 year 8 months. Both Oliver, Ted, and Ruth Jane are buried in the Chico Cemetery. Ruth Jane was a descendent of Henry Wax Camper who was a California and Chico pioneer. —75.20.187.222