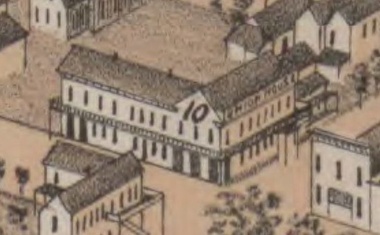 The Union Hotel was a hotel in downtown Chico in the late 19th Century. It stood on the corner of Third and Main on the former site of the What Cheer House which burned on a Sunday afternoon in the fall of 1863. It was the first fire recorded from which Chico suffered loss.1

Advertisements of its day boasted "the bar will be supplied with the best wines, liquors, and cigars, and a first class Billiard Table."2

1. History Of Butte County
2. Tim Bousquet, A Snapshot of Chico, Circa 1870 Chico Examiner