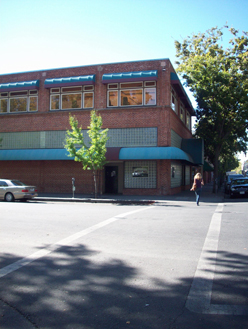 The University Bar, just as often known as the U-Bar, is a bar in downtown at Second and Wall downstairs in the Montgomery Ward Building. It is a good place to start off your night. It's usually uncrowded and doesn't have much personality, but the range of beers on tap is dumbfounding the first time you see it and there are quality $1 beers on Wednesday, and half off beers on Thursday. Friday and Saturday between 8-9pm is power hour, with a range of drink specials.

The bar also contains a few pool tables, a Foosball table as well as an air hockey table. The pool tables require a ID to be left at the bar to get the rack of balls and additional games cost 75 cents a piece.