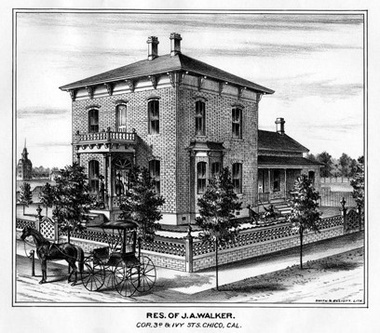 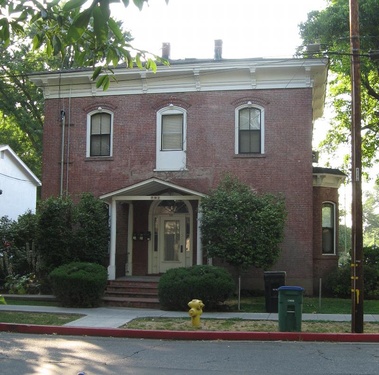 The Walker House is a brick house in the South Campus Neighborhood which was listed in the National Register of Historic Places as contributing to the South Campus Historic District in 1991. It is located at the corner of West Third Street and Ivy Street. It is the former residence of Jefferson Walker. He owned a brick yard, and built the residence in 1875. Walker's company also built the Phoenix Building and the old Chico High School.1 The house is diagonally across from the Crosette House.

2008-07-15 18:57:03   The second photo (Walker House II) [doesn't] seem to have much resemblance to the other two depictions. Is it a different Walker house or from some angle that I've been unable to see in the real world? —RyanMikulovsky