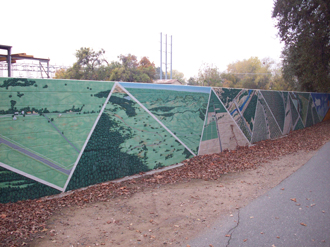 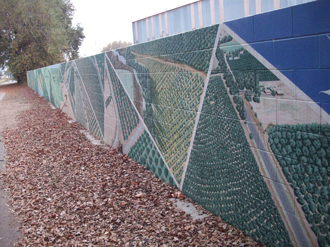 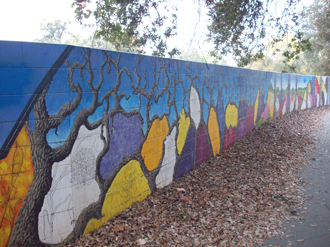 The Wildflower Century mural is mural located alongside the Midway Bike Path just south of where it crosses Comanche Creek. There are two long segments of the mural. The south segment depicts aerial views of the path of the Wildflower Century ride including orchards and other open spaces. The other segment depicts native wildflowers along with the taxonomic name of each species.

The mural was commissioned by Chico Velo and the City of Chico to commemorate the 2004 Wildflower Century Bike Ride .