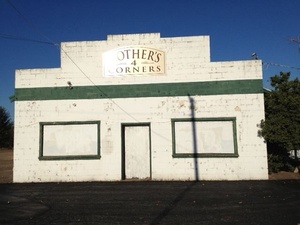 2009-01-28 11:04:52   Well, there probably used to be a restaurant there. I don't know its name. I say "used to be" because Google Street View shows a FOR SALE sign in the front of the building at the corner here: http://tinyurl.com/aeb5yr —RyanMikulovsky