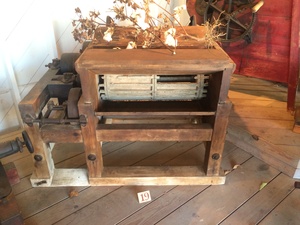 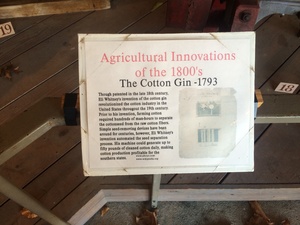 Information about the Cotton Gin

Chippokes Plantation now Chippokes Plantation State Park is a very significant and informative staple in Virginia history. Chippokes Plantation is one of the few former slave plantations that provides one of the closest visuals of a traditional Southern slave plantation.  This historic plantation was established in 1619 by English Captain and Lieutenant Governor William Powell. Powell obtained grants of 550 and 200 acres in the “Territory of Tappahanna,” a term applied to all of the country below Merchant’s Hope down to lower Chippokes Creek. The plantation was named after Algonquian Indian Chief Choapoke, who befriended English Settlers in Jamestown. It is believed that Powell was killed while leading an expedition against the Chickahominy Indians in February 1623. The property at Lower Chippokes was then passed to his son, George Powell.1 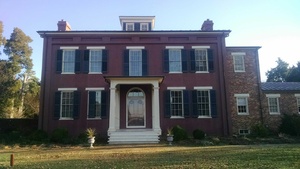 In 1837 after multiple absentee owners, Chippokes was sold for $12,000 to Albert Caroll Jones one of Chippokes most notable owners. Jones was one of the first owners to actually live on the plantation as oppose to previous owners who just had overseers manage or tenants farm the land for them. For 16 years Jones stayed in the River House before he began construction of Chippokes Mansion which overlooks the historic James River.2 Albert Caroll Jones built Chippokes Mansion, which overlooks James River. Chippokes was once the site to one of the very few legal distilleries in the Commonwealth of Virginia and is said to only have survived the Civil War because, Albert Jones sold his brandies to both sides during the war. After Jones' death in 1882, the plantation passed through a succession of his relatives before coming to Isabella Cuthbert, a sister of Jones, in 1911. In addition Jones added an outside brick kitchen where slaves worked to keep service to Chippokes Mansion.3 Kitchens that were separate from main living quarters, such as the one below, were common on ante-bellum plantations like Chippokes. Having separate kitchens kept the main house cooler, reinforced the division between the mansion owner and domestic labor, and kept food prep out of view of the plantations visitors. Kitchen positions were looked upon as a blessing by the enslaved and domestic laborers, but the work was back-breaking and never ended.4  This job demanded a lot as kitchen laborers were responsible for planting, weeding, and harvesting garden produce; washing and hanging laundry to dry; preparing meals; preserving jellies and jams; smoking meats; sewing and mending clothing  and linens; baking cakes and pastries; caring for children; rendering fat and lard; splitting firewood and kindling; making soap and candles;washing dishes, pots and pans; distilling medicines; tending to the sick; weaving cloth; making quilts and knitting clothing; and working in the fields during harvest time.5 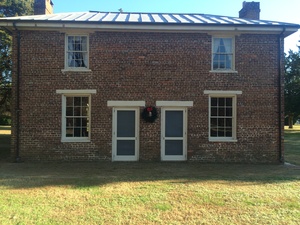