This image shows a dot for every person registered in the 2010 US Census in the Greater Cleveland Area. The color of the dot corresponds to the census respondent's selection of race. The map is very revealing showing areas in Cleveland that are both racially segregated and those that are integrated. The most integrated neighborhoods seem to be on the near west side and clear divisions between black and white areas can be seen on the east side of Cleveland. Small pockets of dense Asian communities exist and the Hispanic population seems to be mixed in at the near west side. The image was generated from: http://demographics.coopercenter.org/DotMap/index.html. 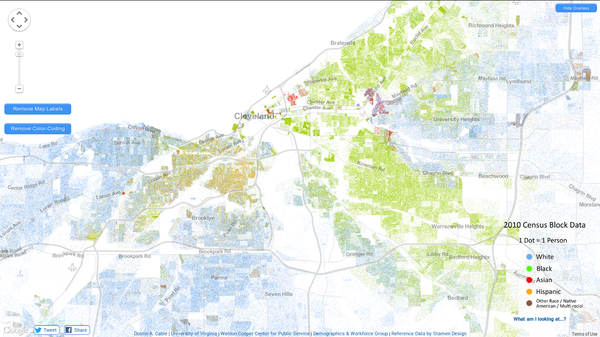