Dickey's Barbecue Pit is a fast-casual eatery that is best known for serving hickory-smoked meat brisket, pulled pork, pork ribs, sausage, and chicken. Dickey's is the country's biggest BBQ grill chain, having more than 500 stores, and has won numerous honors and accolades, including being designated by QSR on its rundown of Best Franchiser Deals. The Dickey's Barbecue Franchise company division was established after replicating the BBQ business's strengths through a proprietary method for smoking meats and cooking southern-style side dishes, all served up in an  atmosphere that breathes Texan tradition. 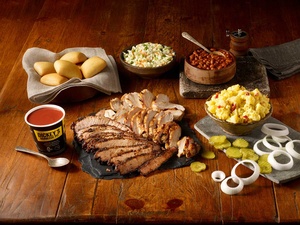