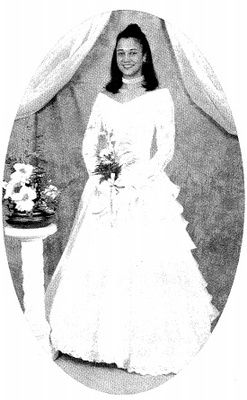 Alexandra is the daughter of Bob and Donna Tanner-Harold. A senior at Urbana High School, she was a member of the Executive Board of The National Honor Society, Tri-M Music Honor Society, French Honor Society, and the Honors Choir. As president of the Concert Choir, she toured Rome, Italy where they performed at the Vatican. She was a class officer, a member of the Student Senate, Secretary of the African-American Club and vice-president of Peer Mediators.· A three-time recipient of the Urbana High School Academic Monogram award and three-time winner of the Delta Sigma Theta Excellence in Education award, Allie has been named a National Achievement Semi-Finalist and an Illinois State Scholar. She was a member of the Madrigals, Tigerettes, and was a reporter for "The Echo", the school newspaper and represented Urbana High School at the Eastern Illinois University Minority Journalism Camp. She was a two year varsity letter recipient in volleyball, a Big Twelve Scholar Athlete and received the Illinois High School Athletic Association Scholastic Achievement Award. She also received special mention for the All-Area volleyball team. She has been a volunteer at the Children's Home and Aid Society, Catholic Social Service, Special Olympics, Urbana Park District, and Urbana Police Department Shop with a Cop program. She was also named the winner of the Urbana PTA Council Volunteer Award. Allie was awarded Youth of the Month by the Urbana Exchange Club and listed in Who's Who among American High School Students for 1999. She has been accepted at the University of Illinois as a President's Scholar and into the honors program at Ball State University. She attended Salem Baptist Church and the Urbana Assembly of God. In her spare time, she enjoys reading, dancing, sleeping, and spending time with friends. She was employed at Clark-Lindsey Retirement Village and interned  at WICD TV. Her escort was Phillip Rowell, II.  Alexandra was presented by her father, Bob and received by her mother, Donna.