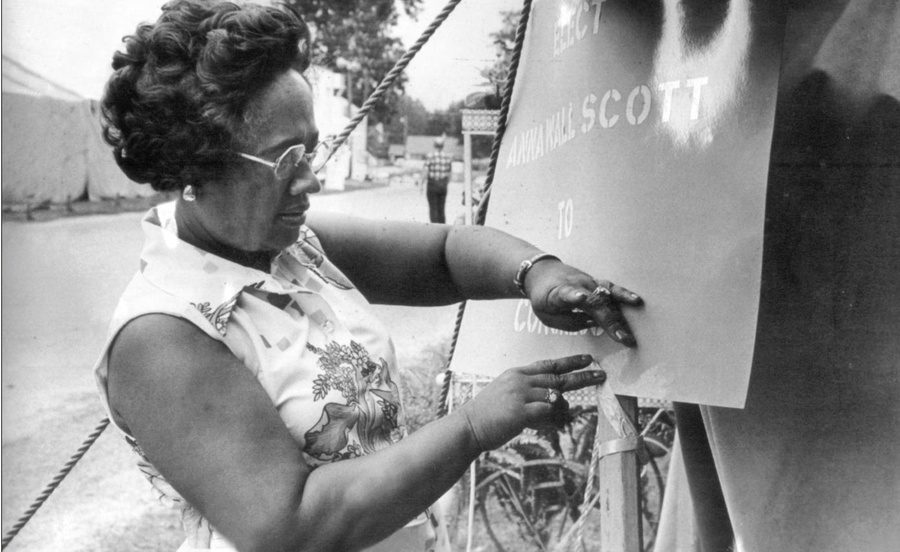 Anna Wall Scott was born September 12, 1925. She has been a resident of this community for many years. She is a member of Bethel A. M. E. Church where she has served as a Class Leader and musician. Mrs. Scott has many academic accomplishments: certification for teaching high school social sciences, former member of Certified Social Workers and retired Professor of Sociology from Parkland College after over 40 years of
service.

Anna Wall Scott has been politically and socially active for many years in this community. Early on, she was appointed to serve on the Charter Human Relations Commission in Urbana, as Chair of the Subcommittee on Education. In 1961, Mrs. Scott de-segregated the Champaign Department of Public Aid. She served as a charter member of the Urbana Human Relations Commission, appointed by Mayor Stanley B. Weaver. In 1974, she was the first woman in the State of Illinois to be elected to the Democratic State Central Committee, covering seven counties in the East Central Illinoisjurisdiction. From 1974 -1978 she served as Vice-Chair of the State Democratic Party with the late Mayor Richard J. Daley and also on the Democratic National Committee, serving as delegate to the Nominating Convention which led to the election of former President Jimmy Carter. While on the Democratic National Committee, she served on the Winograd Commission.

Mrs. Scott has since changed politics and now is active in the Republican Party where she served as the Corresponding Secretary of the Champaign County Republican Women's Organization. After completing a 2-year term on the Illinois Real Estate and Banking Board to which she was appointed by the former Governor Jim Edgar. In this capacity, she attended a dinner and a series of meetings with Congressional leaders in Washington D. C. Other community activities include: Past Matron of Deborah Chapter #27; Order of Eastem Star; Member of Hadassah; Member and past Board member of the League of Women Voters; Past Board member of Campus YWCA; Junior Vice-Commander,Senior Vice Commander and Commander of the Champaign County Council of American Legion; Commander of the William F. Earnest American Legion Post #559 -- the first woman in Champaign County to be elected to that position--, past president (6 terms) of the National Council of Negro Women; Organist of Eureka Grand Chapter Order of the Eastern Star; Prince Hall Affiliate; Past Grand Dgt Ruler of1.B.P.O.E.W.; member of Champaign-Urbana Symphony guild; NAACP; and Coordinator for the United Negro College Fund. 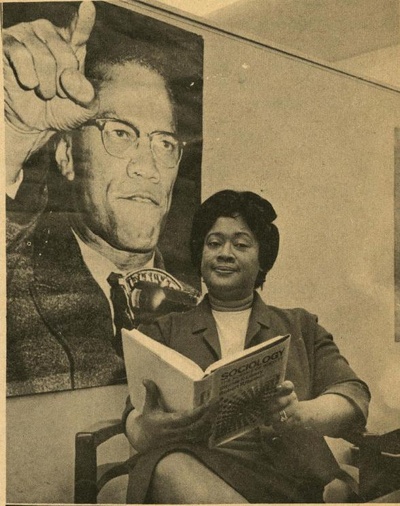 Anna Wall Scott, photograph printed in The Plain Truth regarding her campaign for the Urbana School Board in the early 1970s.

Mrs. Scott has worked on various committees and organized a forum for the Midwest Sociological Society. In 1993, she received notification from the governor's office that she had been recommended for consideration for appointment to one of the State's Boards and Commissions.

Mrs. Scott's favorite Scripture is Psalm 23 and she "loves" the book of Esther.