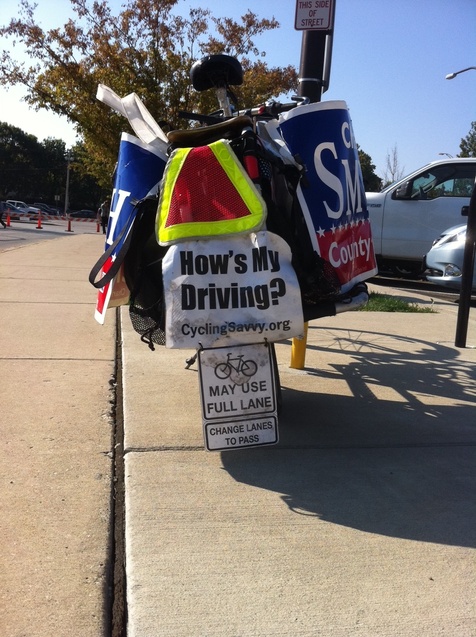 This page is all about bicycles and bicycling in Champaign-Urbana.

Biking is a popular form of transportation in Champaign-Urbana, especially among students. The flat roads and many bike lanes make it easy for people to get around without cars. Bike lanes may be located on sidewalks or on the street itself. It is even common for bike commuters, bikers going long distances, or bikers caught in bad weather to load their bikes on the bike racks on the front of the CUMTD buses to combine forms of transportation.

Although drivers in Urbana and Champaign are used to the presence of bikes on the road, cyclists should be careful and observe local laws and conventions, such as fitting lights onto your bike if riding at night or in bad weather. Links to more information about laws and safety are listed below. People with bikes should also be aware that bicycle theft is prevalent in the area, so they should always be certain to not leave their bicycles unattended and to always lock them securely when not in use.

Acquiring and maintaining a bike is not difficult. Multiple bike shops are listed below, and those who wish to build or maintain their own bicycles can utilize The Bike Project and the bicycle repair stations located around the UIUC campus.

The police in Champaign-Urbana have been cracking down on bikes lately. Be careful about rolling through stoplights or stop signs, even if there are no cars there. If they catch you doing that, they will issue you an expensive ticket. They are also watching for cyclists going down the wrong side of streets or down one-way streets. Be sure to obey traffic laws if you wish to avoid a ticket.

PDF link for the front of the map: http://www.champaigncountybikes.org/wp-content/uploads/2013/08/C-UFront2013_Final.pdf 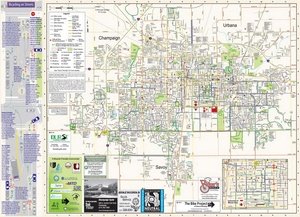 PDF link for the back of the map: http://www.champaigncountybikes.org/wp-content/uploads/2013/08/C-UBack_Final_a_sm.jpg

There is a very nice paved bike path through the Lake of the Woods Forest Preserve in Mahomet.

Several bike paths have been mapped out on UC Bike Ride.  They have several great pages of resources for bikers.  Here is a direct link to a page with maps: http://www.ucbikeride.com/cue.html

The Bike Project of Urbana-Champaign 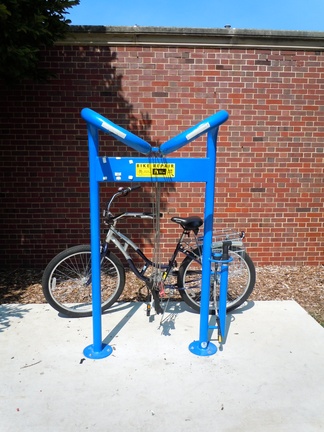