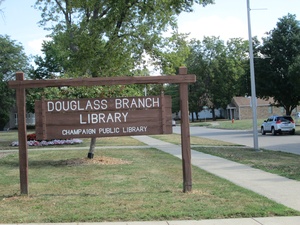 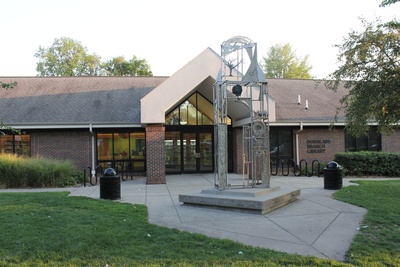 The Douglass Center Library was organized in 1970 to serve both Urbana and Champaign, and was named after Frederick Douglass. In 1972, the library began to operate as a branch of the Champaign Public Library. The existing branch library opened in June of 1997 with space for 10,000 items.Frederick Douglass: In Remembrance, a work of art by Preston Jackson that stands near the entrance to the Douglass Branch, was commissioned by the Champaign Public Library Foundation and dedicated August 14, 1999. 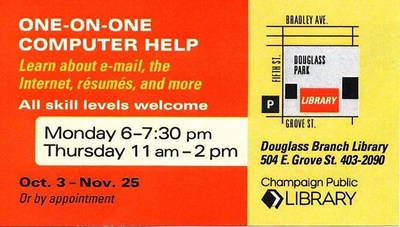 Fall 2013 Computer Help NoticeIn addition to a wide selection of books and materials, the Douglass Library has a large meeting room for community groups and offers events such as story time for children. In 2011, the building was renovated to include space for 20 computers. The library regularly offers one-one-one computer instruction for those who wish to learn.