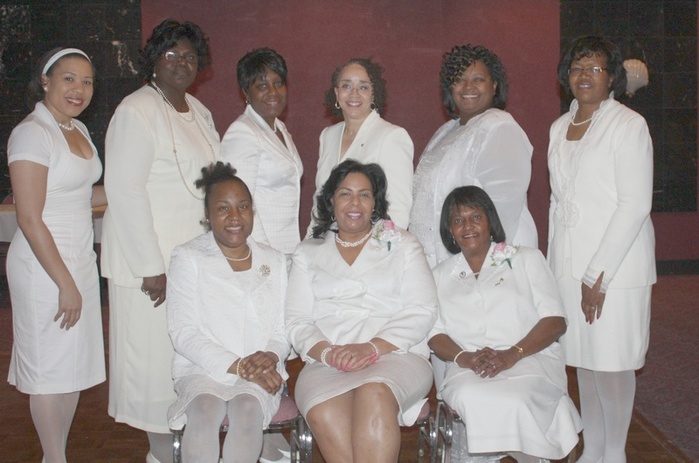 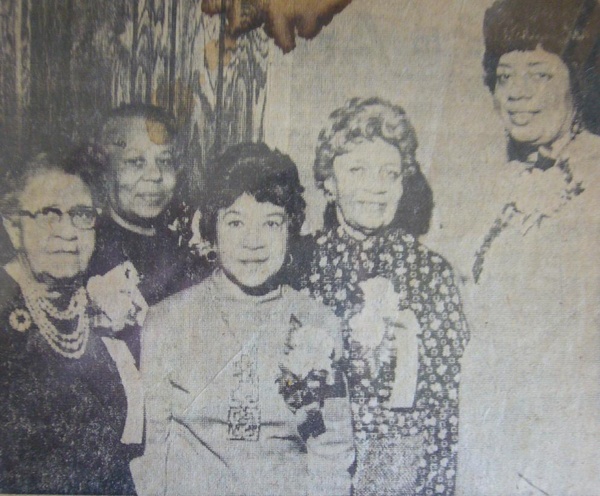 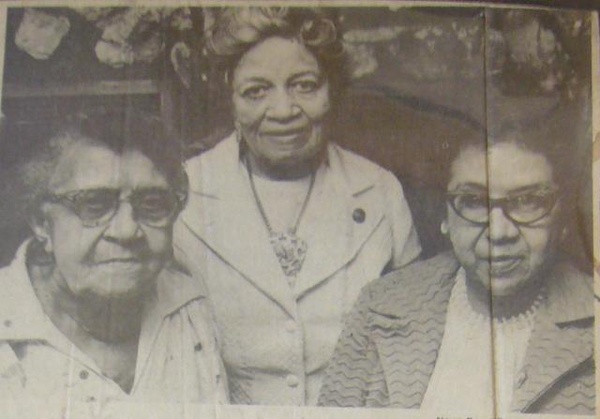 In 1999, 50 year-members of Alpha Kappa Alpha celebrated with tea in the home of Patricia Lewis. From left, are, Alice Lee Pope, Helen Johnson Hite, and Bernice Lee Brightwell. April 9, 1949, was a vintage year for it not only gave Champaign-Urbana the Epsilon Epsilon Omega Chapter, but it gave the community thirteen dynamic women.  They were determined in perpetuating the idea of Alpha Kappa Alpha Sorority, "Supreme in Service to Mankind."  Since that eventful day, Epsilon Epsilon Omega continued to grow.  By the year 2000, its membership reached thirty sorors.  The continuous turnover of graduate students at the university helps to decide the size of the chapter.  The last membership intake process was in March 2008.  Nine women were initiated during that intake.  Due to graduations and transfers, the Chapter remains a small chapter of fewer than twenty-five members.

The chapter has maintained its effectiveness due to the belief that programs should be geared to meet the needs of the community, while at the same time, compatible with the sorority's international programs.  In the early days of Epsilon Epsilon Omega's inception, chapter members met in each others home and at Gamma House to conduct business of the sorority and to plan activities that accomplish the chapter programs.  Executive meetings were conducted at the Douglass Library, University of Illinois, and the Don Moyers' Boys and Girls Club.  Currently, with the addition of several members who reside in Danville Illinois, the chapter alternates meetings between Danville and Champaign.

THE SALAD BOWL: The Salad Bowl began in 1966.  It was one of the chapter's smaller fundraisers.  It was designed to be an annual summer community-social activity.  For fifteen years, on a Sunday afternoon in July, it was held on the front lawn of Maudie Edward's home.  The center table had a large AKA umbrella over it.  All other tables were covered with pink tablecloths.  The event was a dress up affair.  Many people in the community attended and for several years, many sorority members attending summer school at the University of Illinois were guests.  For this event, the chapter members made the salads.  One summer, a salad cookbook was sold.  In the early eighties, the Salad Bowl was moved to Douglass Community Center.  The event expanded to include a fashion show.  Local stores donated clothes to be modeled.  The funds raised were given back to the community.  The activity funded the following: items for seniors at the Douglass Center, fruit baskets for seniors, the Girls Club, NAACP and helped with the senior picnic.  The Salad Bowl was discontinued in the late eighties.

PINK PANACHE: In the year 2000, the Chapter adopted the theme, "Pink Panache."  This would be the major fundraising event each year.  Pink Panache has taken many forms: dance, art auction, silent auction, and book reading/signing.  This event has allowed the Epsilon Epsilon Omega Chapter to give more substantial and a greater number of scholarships.

HALLOWEEN FRUIT BASKETS FOR SENIORS: Baskets were initially decorated and filled with fruit to be given to seniors in the community during the Halloween celebration.  The Chapter has since incorporated this event into the sorority's National Volunteer Day.  In recent years, baskets have been filled and given to a local church during the Thanksgiving holiday.

F.A.A.C.E.S. (Focused African Americans with Class, Elegance, and Style): In the year 2001, Epsilon Epsilon Omega adopted a community program called F.A.A.C.E.S.  It is a mentoring program for area high school female students.  Since its inception, many African American teenage females have gone through the program and thought it was a worthwhile experience.