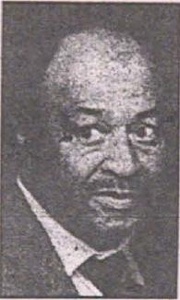 Mr. Anderson was a 1941 graduate of Urbana High School. He served as a corporal in the U.S. Army. He retired as an operations supervisor at the Illini Union after working there for 18 years. He was a member of Salem Baptist Church, Champaign