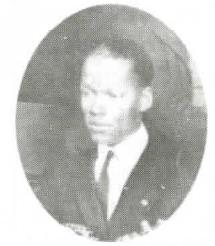 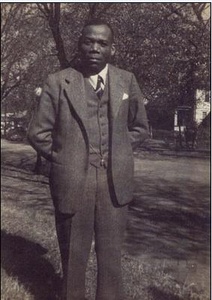 Dr. Harry D. Ellis (1894-1946) was a prominent Champaign physician with offices on North Walnut Street, in the North First Street business area, in Champaign. He was born in Springfield, and graduated from the University of Illinois School of Medicine. A veteran of WWI, he served in the 37th infantry regiment, the most decorated regiment of the war. He was a charter member of the William F. Earnest American Legion Post 559. Active in community affairs, Dr. Ellis served as president of the Frederick Douglass Civic League and treasurer of the committee that raised funds for the Douglass Park Community Center. He also served on the Advisory Committee of the Center. He resided at the Kappa Alpha Psi fraternity house, 707 South Third, of which he was a member.