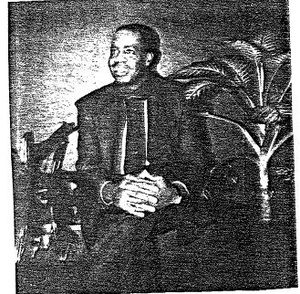 John David Hammond Jr. graduated from Dillard University (New Orleans, LA) in 1981 with a Bachelor's of Science degree in Business Administration/Finance Management with a minor in Vocal Music Performance/Education. He was born and raised in the Champaign-Urbana area attending public schools, University of Illinois, Parkland, and finally transferring on to Dillard University which is a recipient of the United Negro College Fund. Mr. Hammond has performed extensively throughout the United States in New Orleans, Chicago, Houston, Dallas, Evanston, and various other cities performing Gospel and R & B, Classical and Easy Listening. John has performed in the Champaign-Urbana area several times in concert with his band out of Chicago for theC-U Park District and once in concert at the Lincoln Hall Auditorium Theatre in 1986 being sponsored by the University of Illinois. He has been featured in major concert halls, night clubs, major churches, store-front churches from as far south as Boyce, Louisiana to Los Angeles, California. In the 1990s he was  riting, producing, arranging and recording with his musical conductor and band leader, Lyle Lucas who also holds a Bachelor's degree in Music Theory and Piano Education from Dillard. Theye worked out of Pogo Records under the engineering talents of Mark Rubel located here in Champaign and Star Trax Studio in Orland Park, Illinois under George Luif.  John married Stephanie Price in 1989 who holds a B.A. & M.A. in Music from Clark College and Vanderbilt-Scarritt University.