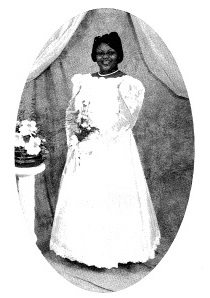 Kanitra is the daughter of Cynthia Keaton-Williams and Dereck Caston. She attended Champaign Central High School where she was a member of the African-American and the Spanish Clubs. Kanitra was also a participant in the Upward Bound program, was a Student Director of the Diversity Choir, Senior Class Vice President, and a peer mediator for the Aids Reduction Awareness program at Central High School. Kanitra planned  to attend Tennessee State University or Eastern Illinois University in fall and to major in Chemistry or Pre-Med. She was a member of New Birth Missionary Baptist Church. She was active in the choir and Sunday school. Kanitra  received the Upward Bound Student of the Summer Award, the Delta Sigma Theta Academic Achievement Award, and was listed in Who's Who Among American High School Students. She was awarded the alternate position for the Martin Luther King Jr. Scholarship Award. As an aspiring actress, she played the leading role of Berniece in the "Piano Lesson", and the roles of Aunt Em and Eviline in "The Wiz" in Central High School's drama club productions. She was employed by Things Remembered at Market Place Mall. Her escort for the evening was her cousin, Anthony Tyson Jackson.  Kanitra was presented by her father, Dereck and received by her mother, Cynthia.