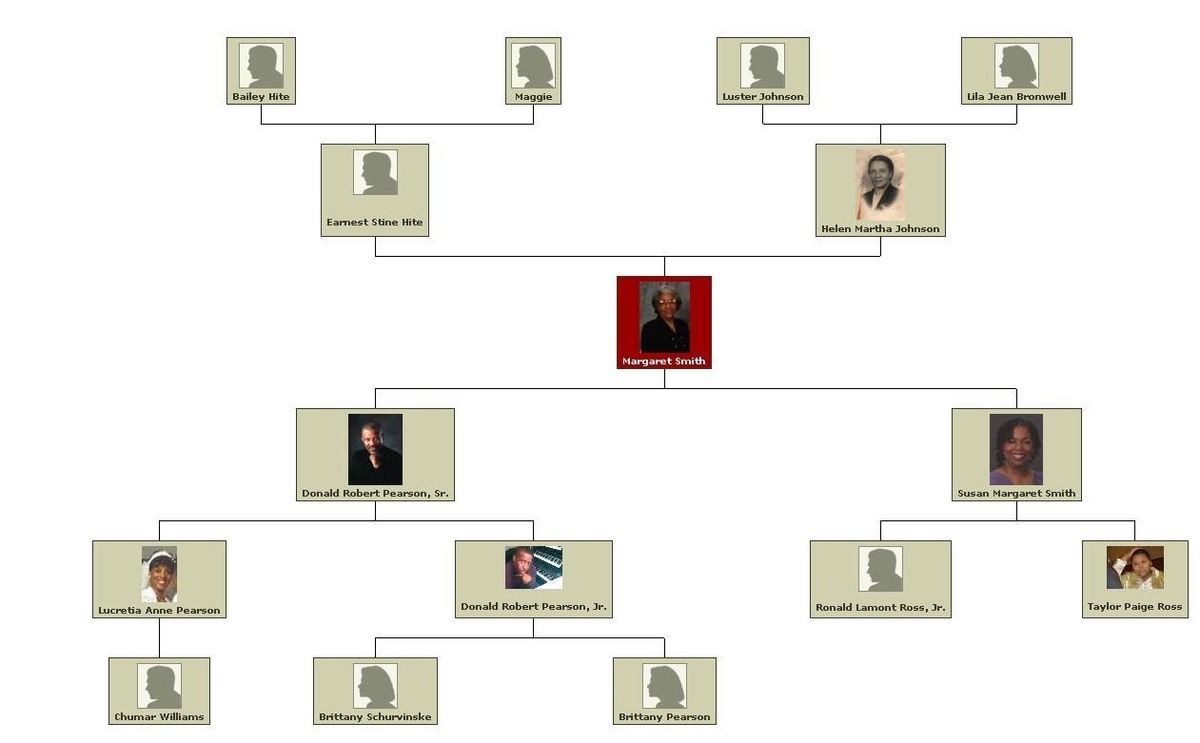 Margaret Inez Hite Pearson Smith (1925-2005): Born Margaret Inez Hite, she was the youngest child and only girl born to Earnest Stine and Helen M. Johnson Hite on January 11, 1925, in Champaign, Illinois.  Margaret attended Gregory Elementary, Champaign Junior High School and Champaign Senior High School, from which she graduated in 1942. Margaret married Onie Pearson, Jr., on June 4, 1942.  They had one son, Bobby.  They briefly lived in Richmond, Virginia, but eventually moved back to Champaign.  During this time Margaret was first a housewife and then a domestic for households on Champaign’s west side.  On August 23, 1952, Margaret and Earl E. Smith united in marriage.  Four years later they moved into a new housing subdivision on the North End called Attucks Place.  Subsequently, they had a daughter, Susan.  Margaret lived in her home on Crispus Drive until late last year when she was moved to Manor Care Urbana. In the 1960s, Margaret did some part-time food service work at the University of Illinois’ Bevier Hall.  Later, she began working part-time as a secretary for Unit #4 at Willard School. 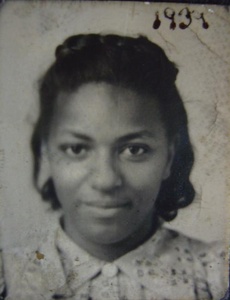 Margaret Hite, 1939From there, she obtained full-time secretarial positions at Marquette School, Centennial High School, and as an elementary school “floater.”  Margaret was hired as the secretary at Booker T. Washington School in the 1970s where she remained until her retirement in 1986. Born into a family of musicians -- dad and brother Jay played the drums, mom was a pianist, her Uncle Leslie led a 1940s big band, and brother Earnest was the organist for The Soul Brothers/Tan Band -- Margaret she enjoyed music tremendously.  She boasted a vast collection that included 45s, 33s, 78s, 8-tracks, cassettes and CDs of jazz, soul, blues, swing, R&B, gospel and even a little classical and hip-hop.  She was no music snob! She was a member of Salem Baptist Church, where her maternal grandparents had been founding members, and served as President of the Webb Missionary Circle.  Margaret helped found Gamma Upsilon Psi Society, which sponsors Champaign County’s premier scholarship debutante ball for Black girls.  She served Gamma in many roles, including President and Member Emeritus.  After retirement, she joined the Douglass Center Senior Citizens and was elected president.  Until illness forced her to quit, she worked as a clerk-receptionist at the senior citizen's center located in the Douglass Annex.  She and Earl often traveled with the Douglass Senior Citizens as well. At various points Margaret was affiliated with Les Femmes, the XS Club, the Regalettes and the SFC Club.  She worked on the original organizing committee for what is now known as Champaign-Urbana Day, and was instrumental in organizing the biennial Smith Family Reunion.  In the late 1990s, she was honored by the National Council of African-American Men for her tireless efforts as a community worker and leader. Margaret was survived by Earl, her husband of 52 years; son D. Robert “Bobby” Pearson, Sr. (Minnie) of Champaign; daughter Susan Smith Ross (Ronald) of Chicago; three grandchildren:  Lucretia Pearson Williams (Otis) of Champaign, Donald R. “Dino” Pearson, Jr. of Richfield, MN, and Taylor P. Ross of Chicago; three great-grandchildren; four sisters-in-law:  Margaret Smith Minor, Imogene Smith Wood, Thelma Smith Pealer and Dorothy Patterson Hite, all of Champaign-Urbana; several nieces and nephews, including special nieces, Ronalyn T. Hite David of St. Thomas, VI and Karen J. Hite of Champaign; a godson, S. Lemond Peppers, II; and a host of relatives and numerous friends, including Daisy Holt Jackson and Kathryn Britt Humphrey.  She was predeceased by her parents, both brothers:  Earnest E. Hite, Sr. and Luster Jay Hite, and one grandchild, Ronald L. Ross, Jr.