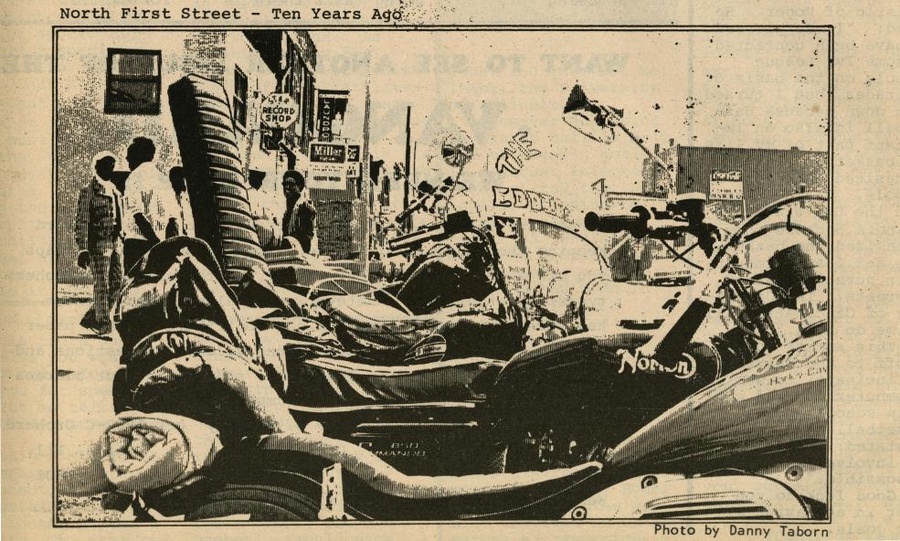 North First Street is one of the oldest neighborhoods in Champaign. Since at least the 1930s, it has served as a primary site for African-American entrepreneurship in the Champaign-Urbana Region. For more information on this history of this neighborhood, see this online exhibit. 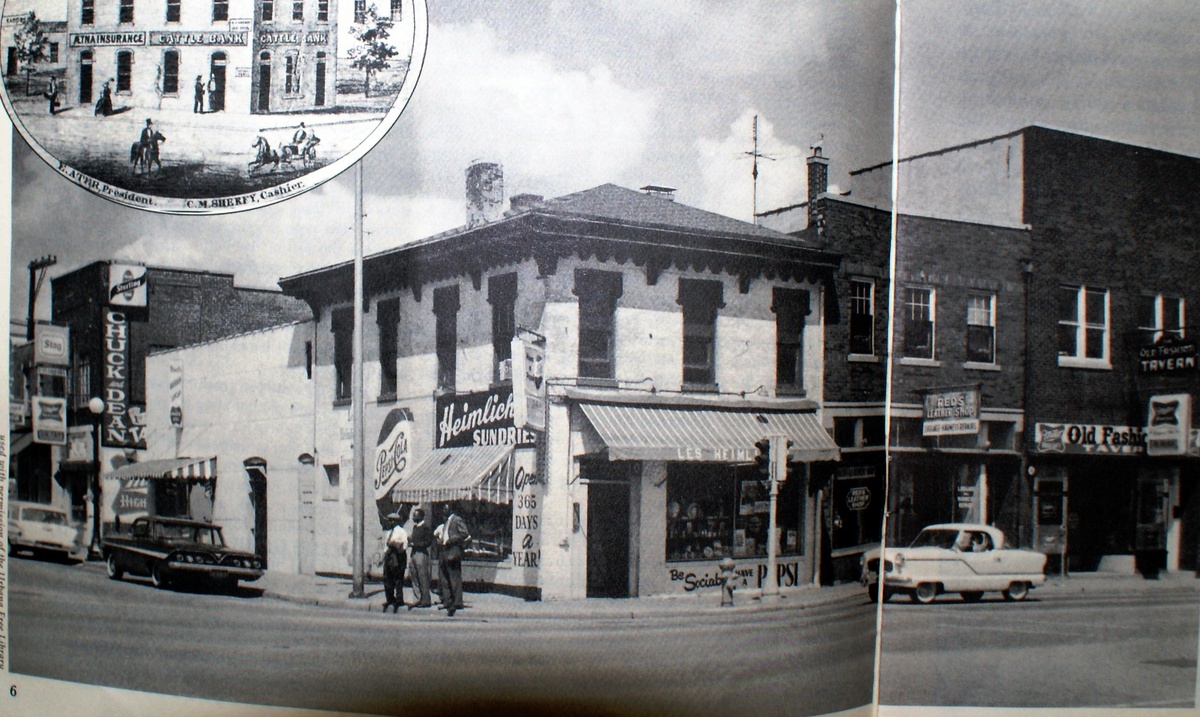 First and University in the 1970s and in the nineteenth century (inset). 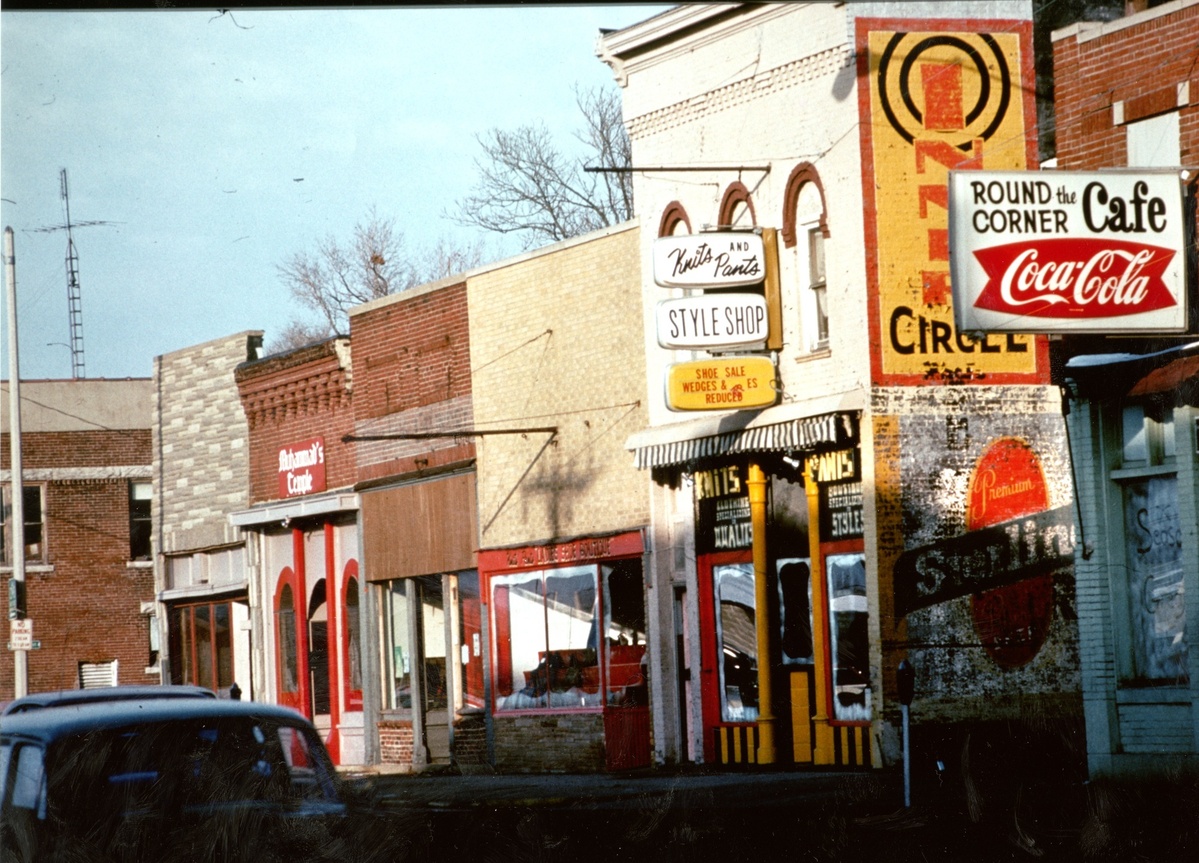 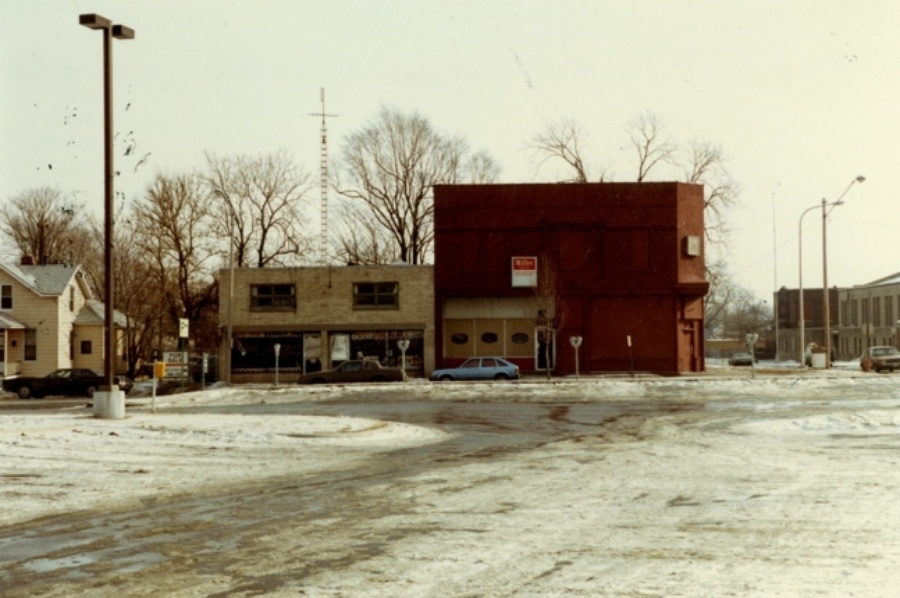 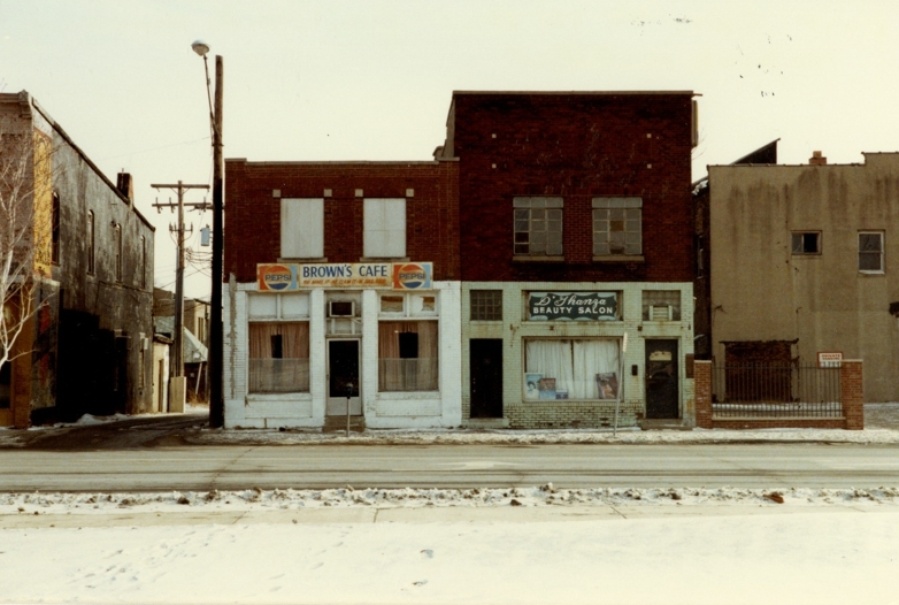 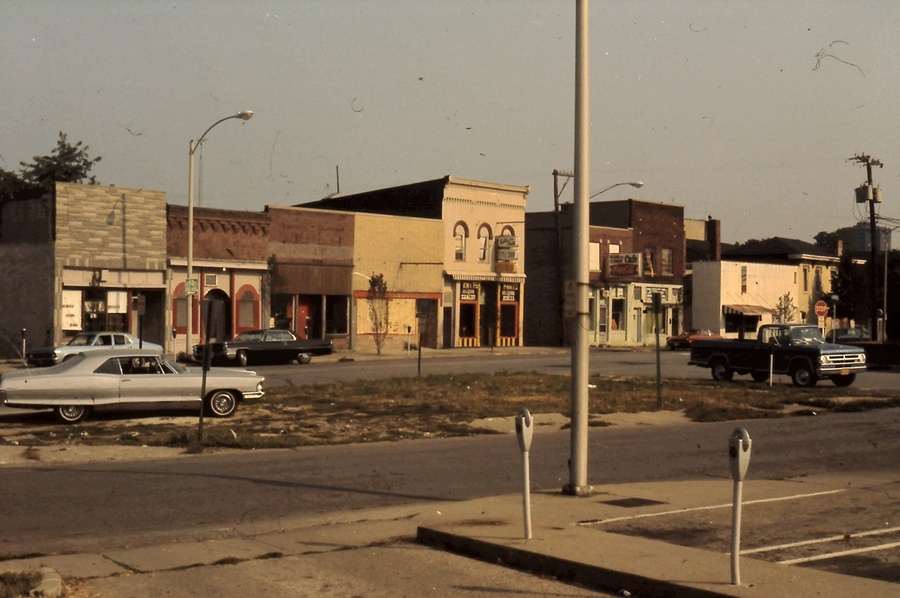