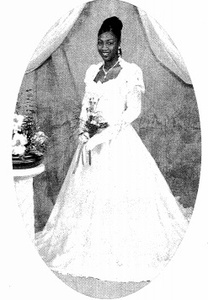 Rashinndra is the daughter of the late Rosalyn Wilkerson and Richard Jones. She attended Central High School where she was class president for the work program. She planned to attend the University of Illinois in Chicago and to major in Surgical Technology. Rashinndra was a member of Pilgrim Missionary Baptist Church and attended Sunday school regularly. She was a past recipient of Central High School's Student of the Month Award. She was employed at Edison Middle School. Her escort was Antonio Odom. Rashinndra was presented by her father, Richard and received by her stepmother, Tonya.