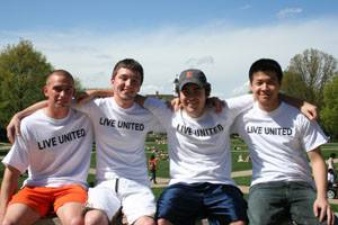 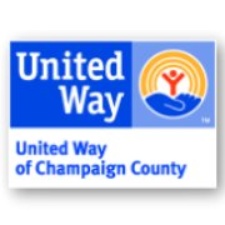 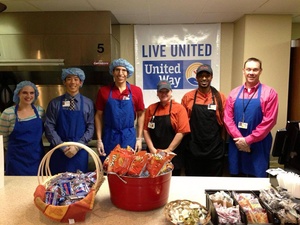 To bring people and resources together to create positive change and lasting impact in our community.

Community Basics - Individuals and families will benefit from an improved human condition in Champaign County.

Education - Children and youth develop to their full potential and are equipped to become positive, contributing members of the community.

Health & Well-Being - People have the resources, knowledge and support necessary to meet their physical and mental health needs.

Financial Stability - Families and individuals will be financially secure and stable so they can meet their basic needs with hope and confidence for their future.

The groundwork for United Way was laid in Denver, Colorado, in 1887 when a woman from the community and four religious leaders “recognized the need for cooperative action to address their city’s welfare problems” (United Way, “History”). By 1948, more than 1,000 communities nationwide had established their own United Way organizations (originally called Community Chests), coordinating fundraising efforts to benefit their communities.

As United Way’s scope increased, the organization established partnerships with major companies such as the National Football League (1973), the Atlanta Committee for the Olympic Games (1995), Bank of America (1999), and the Bill and Melinda Gates Foundation (1999), just to name a few, which strengthened United Way’s presence and ability to provide more aid than ever before, both for fundraising and training/mobilizing volunteers.

In 2000, after more than 100 years in service and raising billions of dollars worldwide, United Way launched a brand management strategy to help differentiate itself from being merely a “fundraiser” to becoming the leaders of community impact organization. This year they also launched the United Way State of Caring Index®, which measures the needs of the country and each state, as well as the caring and compassion of the nation. In 2007, the United Way Financial Stability Partnership™ was introduced, which focuses on helping low- to moderate-income people achieve financial stability.

The timeline for the greater United Way organization is important to consider when looking at the history of United Way of Champaign County, as the local chapters’ missions reflect that of the overall organization, and many of the national programs have been implemented at a local level. In 1923, the board members of United Charities (now known as Family Service) took the necessary steps to start a local chapter of United Way (then called Community Chest). It first opened at 303 S. Wright Street in Champaign, where it shared space with Family Service and the American Red Cross. In 1957, the Community Chest was renamed the United Fund of Champaign County, Inc., and began soliciting businesses to support its charitable efforts. In 1971, the name was changed to United Way of Champaign County, though the mission has remained to best identify the community’s needs and then gather the resources to meet those needs.

In terms of technology, several major changes have taken place in the past decade. In the early 2000s, UWCC began using the Andar Database, which is a specially made database system for keeping track of donor information. More than 50% of United Way offices use this Andar system, which processes thank you letters, designated payments, generates donor-based reports, and aids in scheduling donor campaigns, etc. About five years ago, UWCC was using a local company to develop and update their website. Two years ago, they switched to a website company that is not local, but that services many United Way offices. That company is responsible for creating the template for the website, but they train a staff member in-house to update content as needed.

In Spring 2011, UWCC upgraded their Internet connection to a T-1 line, which also allowed for a Voice over Internet Protocol (VoIP) to be put in place. Because the phone system is now run through the VoIP, staff members have greater remote access to voicemail and messages, and conference calling has become easier.