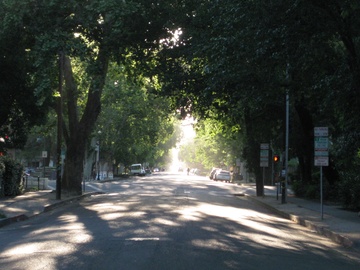 Third Street in the 7 a.m. hour during summer.

3rd Street takes a brief eastward journey through central Davis, beginning at A Street which borders the UC Davis campus, and terminating at L Street. That's it! A brief 12-block sojourn on the grid. If you're on a bike, Campus's North Quad Avenue runs right into 3rd St. With the streets many stop signs and direct connection to campus, it has become a hot spot for bike traps. When you're done, stop by Navigating Davis to see what's on some of our other streets and where they may lead you.

Third Street was renovated, between D and F streets, from the first week of July 2006 until the end of September 2006.More

The neighborhood on the west side of the 3rd and B street was under revision by the city. 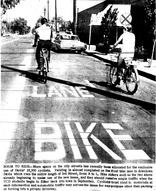 During the Summer of 2005 the sewer and storm drainage system was upgraded and repaired.

Workers complete the final stages of the construction. (Sept. 7th 2005)