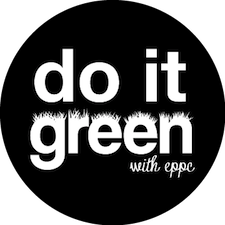 EPPC has helped to improve campus sustainability in numerous areas, and is always looking to do more. If you have any ideas for projects or want to give suggestions for our current projects, please reach out to us! Here are some examples of EPPC's sustainability efforts: 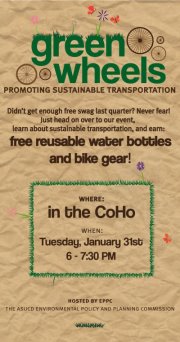 April 23-27, 2012: EPPC's Earth Week event include a week long celebration of activities to prepare to live every week like it's Earth Week! Festivities included: 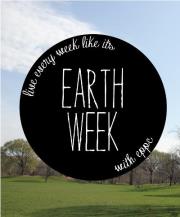 Party With Planet Earth on Monday: A green party without Ralph Nader—play sustainable apple juice pong with reusable cups, pick up some tips for hosting a zero-waste party, and more! Trashy Tuesday: Who says being trashy can't be classy? Enjoy a trashion show—trash + fashion = trashion—and get in touch with your artsy side with some green crafts: make your own jewelry out of recycled paper and dishes out of soda cans. Food Fight Wednesday: Come hungry, leave informed and happy! Thirsty Thursday: Kick your bottled water habit—just tap it! Learn more about how to be eco-friendly when it comes to two parts hydrogen, one part oxygen. Winds of Change Friday: Learn about the Cool Cities campaign, alternative energy, and some easy lifestyle tips on how to go green. 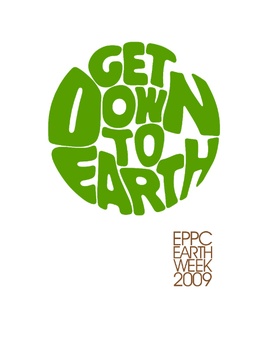 + Environmental Lecture - Professor Stephen Wheeler of Landscape Architecture read an enlightening anecdote about environmental utopia from a book he edited.

+ 3rd Annual Trashion Show - EPPC and the Student Fashion Association joined forces again to reinforce the importance of sustainable practices. The winning outfits included and dress and hat made entirely of wallpaper, a dress made entirely of candy wrappers, and a vest made from burlap with a matching purse. This outfit also included a skirt made entirely of pages from a phonebook.

+ Environmental Club Fair - Many environmental clubs agreed that there was a major disconnect between each other. So, EPPC hosted a club fair to collectively publicize each club's distinct cause and/or purpose. Among those who participated were the Davis Vegetarian Society, Students for Sustainable Agriculture, Project Compost, R4 and the California Student Sustainability Coalition.

After Earth Week, EPPC, GASC and CCE joined together to inform students about the impacts of sex on the environment in an event titled "Green Sex."

In November, EPPC worked with yourenew.com, an electronic waste recycling company, to hold an E-waste Recycling Event where students brought in old electronics to get recycled. Valuable items were compensated for and all the electronics were taken to a recycling center. Items people brought in included cell phones, mp3 players, cameras, laptops, cd's, and many other numerous electronics.

On February 25, 2009 EPPC hosted "Who Killed the Electric Car?" in CHEM 194. In lieu of the movie, the UC Davis Institute of Transportation Studies was present at the MU Patio from about 12-1 pm where there was a hybrid plug-in car on display to showcase research going in the field of alternative energy and transportation. 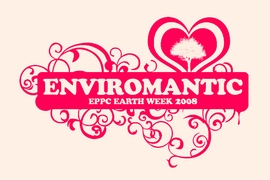 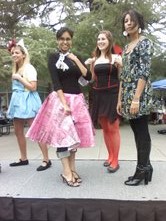 On November 24, 2008, EPPC hosted the ultra-popular local band "Sex, Funk and Danger" at the Delta of Venus and gave away 75 free reusable bags! The band members produced some sweet beats, and even gave the crowd some shockingly sad statistics about the detrimental impact of plastic bags on the environment. The point of this event was make environmental awareness fun. All 75 bags were gone by the end of the night! You can party and save the earth at the same time. 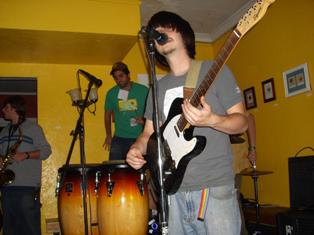 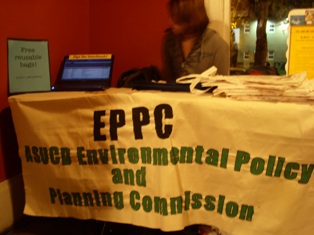 2005-03-02 11:24:33   Just enabled comments here so people can share their environmental concerns with the Commission (or at least anyone from it who happens to check here). On that note, I've always felt that the amount of paper wasted in ASUCD government business alone could be significantly reduced by pushing for Commissions to discuss resolutions via powerpoint instead of each having a copy of everything — that way changes could be easily made on one central copy everyone is looking at. It would be easy in commissions, where the screens are already in place. I'd like to push for it in Senate as well but I don't know how one would deal with the fact that the screen in the senate room is in an inconvenient corner. —KrisFricke

2005-03-09 17:52:18   here is something else that EPPC can push for....stop making those stupid waste of paper student telephone directories! Make it on CDRom or something of that nature. I get soooooooo angry every time i see boxes of directories sitting in the CoHo! That right there is a massive waste of paper —GeorgejAndrews

American Planning Association Student Chapter at UC Davis Last meeting of the quarter this TUESDAY, MARCH 6 from 5-6PM in 2120J WICKSON (up the stairs and to the right).

At the 2006 State APA Conference, Terry Rivasplata received the Planners Emeritus Network Honor Award for his ongoing contributions and advice on CEQA compliance and general plan issues. During his 13 years at the Governor’s Office of Planning and Research (OPR), Terry co-authored several editions of the State’s General Plan Guidelines. He has also assisted in reviewing many of the bills proposed by the State Legislature related to planning and the environment. Virtually anyone involved in California planning owes a debt of gratitude to “Mr. CEQA.”