ATMs at the MU 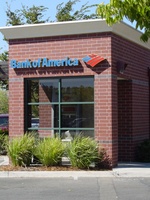 This is a list of ATMs in our fair city, as contributed by users, sorted by location and by bank. ATMs are highly useful for adding or subtracting Money from your bank account.

Note that credit union members can use other credit unions' ATMs for free because they are part of the Co-op ATM network. 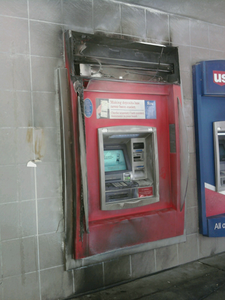 The Bank of America ATM at the MU was torched in an apparent act of arson on 2010-8-2. Photo by alanna_lioness.

Please note, there's some disagreement as to how the page should be organized. (View the page's history for details.) As it stands now, I'm hoping to have this page show ATMs plotted on a map, with an ancillary list arranged by bank. Feel free to add your own thoughts on the matter.