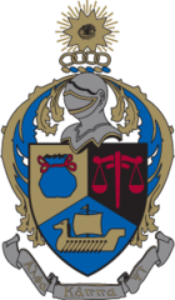 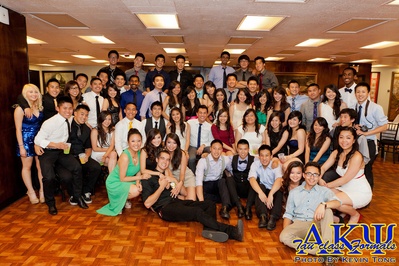 Alpha Kappa Psi (ΑΚΨ) is a co-ed professional business fraternity here on campus. We are open to all majors and strive to develop principled business leaders. Our goals are: to further the individual welfare of its members, to foster scientific research in the fields of commerce, accounts, and finance, to educate the public to appreciate and demand higher ideals therein, and to promote and advance in institutions of college rank, courses leading to degrees in business administration.

In 1904, four students at New York University's School of Business realized the need for organization and unity on their college campus. Known as the "Brooklyn Four," they decided to establish a Professional Business Fraternity in order to foster brotherhood and to garner recognition of their school's achievements in the fields of finance, accounts and commerce. The Brooklyn Bridge is a testament of their commitment to each other and to excellence in the fields of business. In 1904 their vision materialized into Alpha Kappa Psi, the first professional business fraternity.

In 2000, the United Kingdom was established as the Fraternity's 14th region, with chapters in Manchester, England, thus making it the first American Professional Fraternity to expand overseas. Today, more than 295 college chapters and 90 alumni chapters have been installed, and more than 200,000 members have been initiated. Alpha Kappa Psi not only continues to expand, but to lead all others. 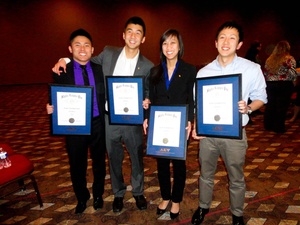 Our Brothers at PBLI 2012 Case Competitions

Our founders, inspired by the vision of Alpha Kappa Psi, worked diligently to foster an environment where genuine brotherhood and business prowess would form the backbone of our chapter. Their fearless ambition and undying dedication led to the establishment of the Upsilon Psi Chapter of Alpha Kappa Psi at the University of California, Davis on November 23, 2002. The strength of our chapter lies in the diversity of its members. Members from various fields of study – from food science to managerial economics – each contribute a unique, business perspective that ultimately produces a well-rounded fraternity. If diversity is the strength that drives our chapter, it is the loyalty in brotherhood that keeps it together. Our ever-growing network of seasoned alumni consists of successful graduates that remain actively involved and never hesitate to assist or guide our members. We believe that a strong and balanced foundation prepares our members not only to excel but to lead, because that is what the Upsilon Psi Chapter of Alpha Kappa Psi is about: developing principled business leaders.

Since founding, Upsilon Psi has emerged as one of the fastest growing chapters in the fraternity with motivated and capable members. We are award-winning participants of the fraternity case competitions held annually at the Principled Business Leaders Institute. 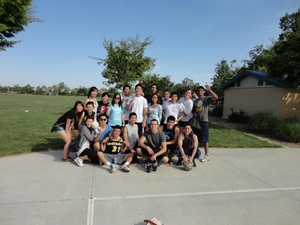 BPFG 2012 Our main events on campus include: Networking for Success - an event where several Fortune 500 companies come to talk to you about their job/company in a speed-dating format and is a great way to network with business professionals.

We also participate in the UC Davis Bi-Annual Professional Fraternity Games each Fall and Spring quarters, bringing home the championship over 5 times since the establishment of the competition.

For more information about our recruitment dates and location, please visit us at http://davisakpsi.org.