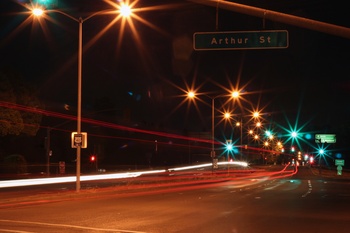 Arthur Street is the first north running street west of Highway 113's intersection with Russell Blvd. (No streets there go to the south of Russell.) Arthur stretches about a half mile from Russell Blvd. to Hampton Drive.

Perhaps named after Chester A. Arthur, a popular President who served from 1881 to 1885. This is one of the U.S. President themed streets).

Since this is a major street for this section of town, it may have been named for the developer, since most people haven't heard of President Arthur.