The Bahá'í Club is an association of Bahá'í students and their friends dedicated to bringing about fellowship and love among the diverse group of students on this campus. Working closely with the greater Davis Baha'i Community, the club offers study circles and an array of other spiritual and social activities open for all who wish to attend. 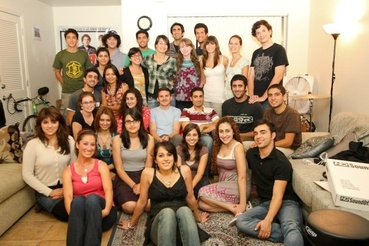 About the Baha'i Faith

In just over 150 years, the Bahá'í Faith has become the second most widespread of the independent world religions. Embracing people from more than 2,100 ethnic, racial, and tribal groups, it is quite likely the most diverse organized body of people on the planet. Its unity challenges prevailing theories about human nature and the prospects for our common future.

Bahá'ís work towards the creation of an ever-advancing, sustainable world civilization, based on the following principles: the oneness of humanity, the equality of women and men, the elimination of all prejudices, universal education, the harmony between science and religion and the independent investigation of the truth.

Bahá'ís believe that humanity, as a whole, has entered a new stage in its collective existence. Like an adolescent entering adulthood, new levels of accomplishment are now possible. Global undertakings, once considered impossible, can now be achieved. Such undertakings include the realization of world peace, the attainment of universal justice, and the furtherance of a harmonious balance between technology, development, human values and protection of the natural environment.

Today, our understanding of spirituality must embrace not only personal and group life, but also the collective progress of humanity as a whole. Indeed, it is only because the human race has at last entered on its stage of maturity that the old age prophecies of an era of peace and justice can now be achieved. The essential message of the Bahá'í Faith is the call to unity; its audience, the entire world: "Let your vision be world-embracing," Baha'u'llah says, "rather than confined to your own self." 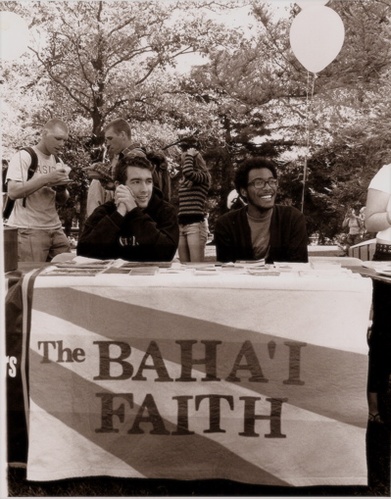 Picnic Day UCD Bahá'í Club welcomes all interested in meeting and socializing with club members and learning more about the Baha'i Faith.

The Baha'i Club hosts group study circles using a sequence of books covering a variety of themes. The Ruhi series offers a cross section of the Writings of the Baha'i Faith and are aimed at giving the participants an understanding of some of the mystical, practical and historical features of the Baha'i Faith through an environment of discussion and reflection. _

The Baha'i Club also hosts interfaith spiritual gatherings. "Devotionals" are opportunities for people of all different religious or secular backgrounds to come together and share quotations, prayers, poetry and music that inspire and/or move them. _

A picture of the on-campus Baha'i Grove: 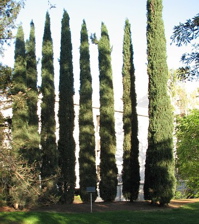 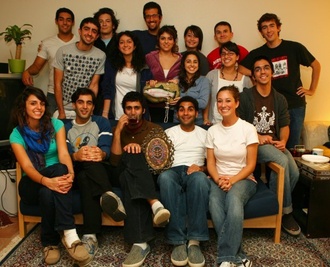