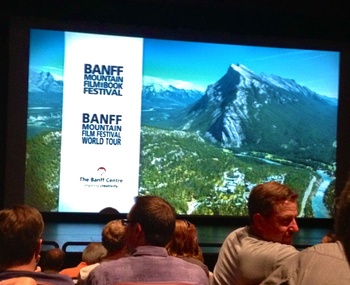 Rocknasium brings the Banff Mountain Film Festival to town. This film festival shows at Davis High School's Theatre. It usually sells out in advance and there can be fierce competition when trying to buy tickets off people in the parking lot on the day of the event. Each day usually consists of 3-9 films of varying lengths. There is a 15 minute intermission where they raffle off items from sponsors and the Rocknasium gives out tee-shirts and other schwag. Also you can use your ticket stub for a free admission to the Rocknasium. If you missed the Davis version you can still catch the Festival in a bunch of other cities.