Of the different establishments here in Davis, such a simple item as a bathroom can make or break a given establishment. A place to go pinch one can make a difference of opinion of where, um, you do business at. All businesses have them, whether they let you use it is another matter. Some places even have Public Showers. If you can't take a bath in it, it's a restroom, not a bathroom. Sometimes you might even see some conversations on bathroom walls or works by the gifted Jock Artist. If that interests you, check out Urban Art.

If you're on campus, it probably means you'll be running to the UCD Bathrooms. 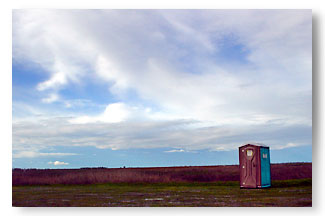 Access - The most beautiful restroom does you no good if you can't use it. Are they 24-hour? (What are their hours?) Do you have to buy something to use it? Do you have to have a key? Do they open to the outside (like some gas stations) or to the inside?

Cleanliness - Does the floor have standing water on it? Do they have paper towels? Soap? Toilet paper? Is it ultra-cheap 1-ply or better? Seat covers (the paper things, also called 'butt gaskets')?

Bar bathrooms are usually pretty grimy. They can be known for being cool but also they can also be known as a "hole in the wall".

Bathrooms to use while shopping. This can include requirements to buy an item from an establishment before going to excrete.

Unusual bathrooms including fancy and/or unusual decor, strange toilets such as the English style water closet.

Zen Toro Japanese Restaurant has a toilet with an integrated bidet. Sorry guys, this one is for ladies only.

Delta of Venus has the coolest toilet seat in Yolo County, if not the world. 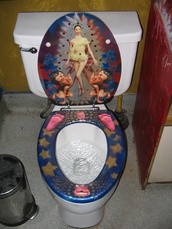 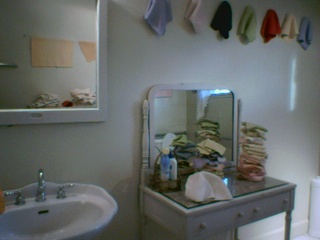 As of May 7, 2006, the Delta of Venus toilet seat has been replaced with a plain white one ! Inquiry with the manager was the dowel between the seat and lid broke. 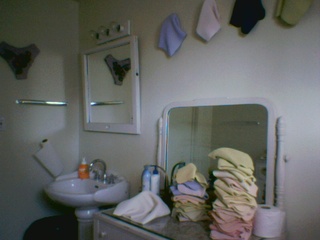 Bathrooms you want to avoid like the plague such as nasty smells, not kept clean, lack of privacy when going number two, etc.

The biggest difference between the sexes isn't in their anatomy, it's in their bathrooms. Here are some distinguishing traits.

If you are concerned about clean bathrooms, maybe you're interested in bathrooms that are accessible to differently-abled persons and gender-variant people as well? All single-occupant restrooms should be unisex. Some places even have multiple-occupancy unisex bathrooms/showers, but they are not common.

The UCD campus Trans-Action Committee is presently looking specifically for data on unisex bathrooms, both on and off campus. Anybody have this info? Please be in touch: [email protected] - thanks.

From a custodian's point of view, the above regarding Men's versus Women"s restrooms couldn't be further from the truth. They are almost equally disgusting with Women's restrooms only being slightly better in comparison. Oddly, Women's restrooms take longer to service. There's more trash to clean out for one thing.