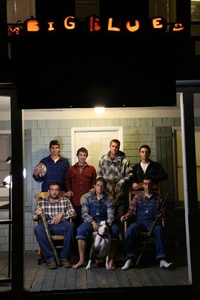 Big Blue as it can be seen today 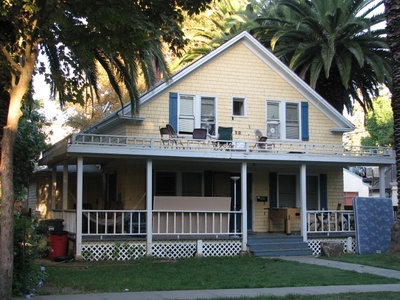 Big Blue was once known as The Yellow House as it was previously painted yellow. Sometime in 2008 the house was repainted blue and the new tenants coined the name Big Blue. The house is located at 233 University Ave right next to 3rd and U Cafe, Ali Baba, Orange Hut, and the Dartmouth Apartments aka the A Street Apartments. The two story, six bedroom house was supposedly built sometime around the 1950s or 60s and remains in fairly good condition considering its age. The house was once used as a residence house for incoming students to UCD but is now owned and rented out by Boschken Properties.

The house is notable for its large palm trees and the large-scale parties that are known to be thrown here throughout the year, especially on Picnic Day.