Bike cops patrol many parts of Davis, intent on making the city a little safer. They are often seen talking to a bike rider who has just run a stop sign or, after dark, informing a rider of the need to have a proper light setup. On rarer occasions, one might observe a bike-mounted officer alongside a car whose driver was doing something stupid in heavy enough traffic for the bike to catch up. It is probably safe and definitely okay to point and laugh at these drivers. 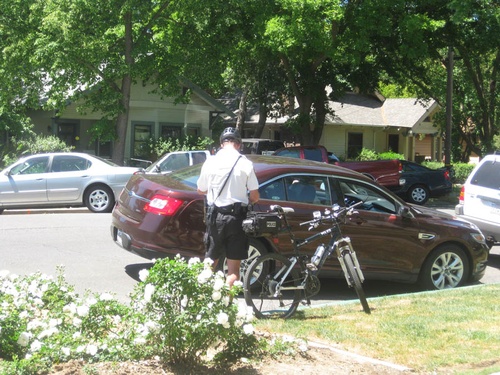